Liza Minnelli is a show business veteran. The 67-year-old star has an Oscar, Emmy, Grammy, and several Tonys under her belt to prove it. But that hasn’t stopped her from being approachable. 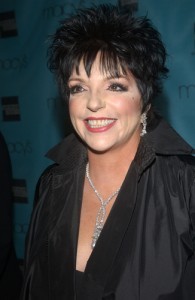 Actress Liza Minnelli talked about her roles in NBC’s Smash and the long-awaited fourth season of Arrested Development, premiering in May on Netflix. (Featureflash / Shutterstock.com)

She told Today Show host Willie Geist, “Stuck up stuff is for the birds.” In her interview, she was very likeable, friendly, and seemed genuinely glad to be there. These things cannot be said for a lot of stars her caliber. It’s a testament to her character that she remains so open and pleasant after so much success.

It may surprise you that Liza didn’t always want to be on the stage. When she was a girl, she wanted to be an ice skater. But all that changed when she saw Bye Bye Birdie.

Liza has been in the entertainment business for a long while, but it was 1972’s Cabaret as iconic Sally Bowles that won her the Oscar, and the notoriety, that shot her to stardom. Liza said that the film really “captures the time, taste, and feel of what was going on at the time in Germany.”

Every since beginning in the entertainment industry, Liza has been unstoppable. On Saturday April 6, Liza will make an appearance on the NBC show Smash, playing herself.

Another upcoming project that is long in the works is the new season of Arrested Development.  Reprising her role as vertigo-stricken Lucille Ostero, the new season is set to premiere May 26 on Netflix.

Liza was again very enthusiastic about her work and colleagues, saying of working on the show, “it’s fun,” and “the director and the writer are the best.”