Today Show: Who Is Kelly Oxford?

You may have never heard the name Kelly Oxford before but you might want to remember her name now. Her wise cracking tweets have made her a Twitter sensation with over 500,000 followers. She can also count David Copperfield as one of her friends, she is working on a screenplay and she just released her first book, Everything is Perfect When You’re a Liar.

She is a star on the rise and one of the few who did it strictly through their sense of humor and the 140 characters you can use in a tweet. 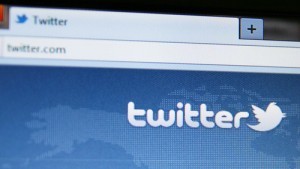 The Today Show talked with Kelly Oxford about having over 500,000 followers on Twitter, trying to meet Leonardo DiCaprio and how she wants her funeral done. (Annette Shaff / Shutterstock.com)

One of her latest tweets read, ” NYC: see me at @bookendsNJ tomorrow at 7pm! The next morning I will likely die live on the Today show, so this is everyone’s last chance.”

Thankfully she didn’t die on the Today Show but if she had, Oxford has even tweeted a set of rules for her funeral:

She told Matt Lauer if people like to have parties when they are alive, then she should enjoy having a little fun at her own funeral as well.

Today Show: Everything Is Perfect When You’re a Liar Review

Oxford’s new book, Everything is Perfect When You’re a Liar, is a memoir of sorts. It has all the stories Oxford wanted to tell from her life and she said none of it is false. The name of the book comes from Oxford’s ideology on life. She believes everyone wants to get everything right all the time and the only way to make something perfect is to fake it. She used the example of being on the Today Show. She said she wanted to seem like she knew what she was doing but she needed to lie to herself to make it come off natural.

As for the stories in the book, Oxford writes about going to Las Vegas with her friends and husband to meet David Copperfield who gave them a private tour of his museum. Another story she writes about is getting rejected from a modeling casting call and then sneaking back into the audition to convince the modeling agents she has what it takes to be a model. She was convincing enough to get the job but she told Matt Lauer she didn’t get too much work modeling. She just wanted to prove to herself that she could be a model is she wanted to be.

But the craziest story in her book, or at least the craziest one she could talk about on the Today Show, was when she drove around Hollywood looking for Leonardo DiCaprio when she was 17. Oxford thought she had this connection with him and she wanted to meet him before Titanic came out and he turned into an A-list celebrity. Unfortunately she never found him but it did make for a good story.