Silver Linings Playbook has been nominated for eight Oscars but those nominations may not mean as much to director David O. Russell as making the movie and bonding with his son does. The movie is about people finding the silver linings behind the dark clouds of life. It is about forgetting the past and moving into the future. It follows the lives of two people who are mentally ill and love each other but show it in ways others have a hard time understanding. It is a movie about mental illness that David O. Russell said he had to make. 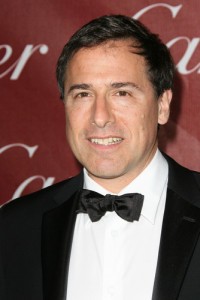 Pollack said it would be a great book to make into a movie but he was skeptical of how anyone would be able to get the tone right. Trying to get people to see a movie about mental illness and a family in crisis can be an uncomfortable experience, one that can be hard to watch as an audience and one that can be difficult for a director to make. But Russell has lived Silver Linings Playbook.

Russell told the Today Show his son is living with mood disorders. It is something he has struggled with as he has watched his son grow. “Nothing in life is easy for him,” Russell said.

But this movie may have helped Russell work through his own feelings about mental illness as he wrote the script. He said he learned a lot about resilience and about the relationship between a father and his son. His son even played the role of a nosey next door neighbor who was trying to film a documentary about mental illness.

“This movie will be something that will connect us forever,” Russell said.

Matthew Quick, author of Silver Linings Playbook, said writing the book helped him when he was struggling with depression, just as making the movie helped Russell understand himself, his son and mental illness more than he could have imagined.

Quick said he used writing as a way to cope with his depression although many people would never have known he was even depressed, he said. The book was able to save his marriage and it made him into a better person.