Tom Everhart has given us a new reason to love Charlie Brown and his gang. The comic strip characters are taking on a new life as pop art in his “Rollin With The Homies” collection. Snoopy, Lucy, and Charlie Brown are covered in bright neons and blown up to project fun, energized, and beautiful art. They’ve been seen at the Louvre and in New York.

This collection was the last thing that Everhart expected. He said he was never trained in cartooning and had no intention of going down that road. When he met Peanuts creator Charles Shultz, they became best friends. They would draw lines for hours, Everhart said. He even did commercial projects for Shultz, who he called an amazing artist.

In 1988, Everhart was diagnosed with Stage IV colon and liver cancer. He had an epiphany being told he had two years to live. Everhart was afraid of trying his hand at comics before, but now he took a leap. At first, he just incorporated iconic images from the strips in his art. The first piece was Schroeder’s piano, followed by Woodstock’s nest and Lucy’s hair. 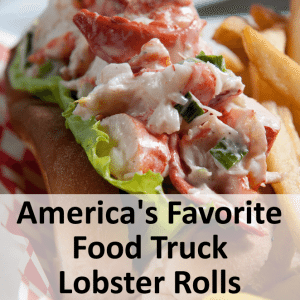 “Mr Shultz wanted me to create something in his language but with my own thinking,” Everhart said. The art really celebrates everything the Peanuts are about. Everhart says he no longer worries about what people think, thanks to Charles Shultz, who he misses every day. Shultz visited Everhart’s studio before his death in 2000 and called the images “his children” that he couldn’t believe he never drew.

The paintings are currently at the AFA Gallery in Soho, New York and can cost up to $150,000. Shultz did give Everhart his blessing to use the characters.

Working in a food truck is no walk in the park, but Red Hook Lobster Pound makes it look easy. In 2012, the food truck was the 11th best in the country, and in 2013 they’ve risen to number one. Susan Povich and her husband Ralph Gorham said that running the truck is no easy feat, but their lobster rolls sound heavenly. Susan said they spend a lot of time in Maine getting the best buns and lobster.

Their toasted buns are covered in butter and filled with boiled lobster. The lobster is mixed with a homemade lemon mayonnaise and layered in the bun. They sell between 300 and 400 lobster rolls in two hours.