Ryan Seacrest sat down with the George Martin, the author behind Game Of Thrones, which has been adapted into a hit HBO TV series. Last week, the plot took a turn for the worst, and (SPOILERS) several popular characters were killed off. George Martin said he did this because he wanted to show people just how real his characters were and how much people cared for them. 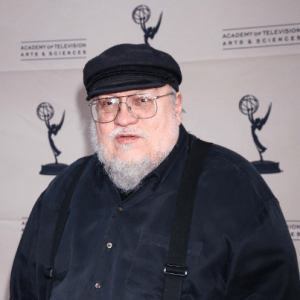 George Martin, Game Of Thrones’ creator, has no problem killing off his characters. (Helga Esteb / Shutterstock.com)

George Martin said that he is willing to kill off popular characters, which sets him apart from many less brave writers, because he wants people to genuinely feel nervous when they watch the show or read the books, always sitting down with the knowledge that no character is ever truly safe.

Today Show: Game Of Thrones Has Over 1,000 Characters

George Martin had written for TV before, but found it limiting, which is why he made the move to books. He wanted to let his imagination run wild and not have to write around constraints like filming time. Now that it is on TV and the episodes are being written by different people, he admits that he is a little worried how his characters will be portrayed, comparing it to the feeling of sending your children off to school for the first time.

Speaking of characters, George Martin has written over 1,000. How does he keep them all straight? He said that they are so real to him, that he finds it easier to keep track of them.

Fans are getting anxious for the next book. When will it be out? George Martin would not say, and said that he likes to take time with the Game Of Thrones books.