Home > Today Show > Today Show Concerts
When you buy through our links, we may earn an affiliate commission. As an Amazon Associate we earn from qualifying purchases. Learn more. 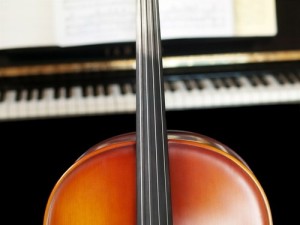 It was the piano viewed around the world. The Piano Guys’ video posted on YouTube last year, a rendition of One Direction’s “What Makes You Beautiful,” played by five men on one piano, has been viewed more than 21 million times. They have gained fame, fans and now a record deal. The new album, The Piano Guys: Volume 2 is out now and includes their renditions of movie scores, top 40 hits and classical pieces. The Piano Guys consists of Jon Schmidt on piano, Steven Sharp Nelson on cello, Tel Stewart doing videography and editing, Paul Stewart doing videography and producing, and Al van der Beek taking care of the music and studio. These five men are the men seen playing one piano in their popular YouTube video.

Pianist Jon Schmidt and cellist Steven Sharp Nelson joined Kathie Lee and Hoda for a performance of the first track off their new album, their classical-infused arrangement of Taylor Swift’s hit “Begin Again.” They explained that The Piano Guys music is performed mainly by the two of them, and Tel, Paul and Al joined them on their YouTube video just for fun and the popularity of the video was kind of a fluke. They have 39 other videos on their YouTube Channel of them doing piano and cello arrangements of various hits and classic songs, including Phillip Phillip’s “Home,” David Guetta’s “Titanium” and Wizard of Oz‘s “Over the Rainbow.” Their new album The Piano Guys: Volume 2 can be purchased on Amazon.