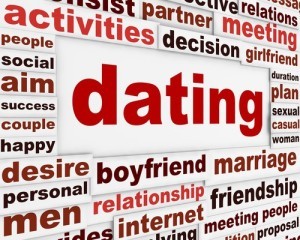 The Today Show explored hookup culture as a result of couples pursuing marriage and serious relationships later in life. What are the dating rules like now?

The “pick you up at eight date” has flat-lined. Casual is the name of the game, and young people are coming of age with zero rules. One of the trendy buzzwords used to describe the youth’s definition of courting is a “post-dating world.” Sounds like the music snobs over at Pitchfork had some babies with a few sociology majors.

In this modern era, there are a million ways besides dinner and a movie for a guy to get to know a girl and vice versa. Facebook, Twitter, Instagram, texting, and group hangouts give the kiddos a more casual setting to be awkward together in, rather than sitting silently over a plate of pasta at the Olive Garden while anticipating the potential makeout at the newest Pixar flick.

With marriage in today’s world being delayed so that lives can be put together, dating of old where brides and grooms were actively being searched for whenever a relationship was established has gone the way of the dodo. Why not just enjoy your time with each other and worry less about whether or not there are wedding bells in your future?

Donna Freitas, author of The End of Sex: How Hookup Culture is Leaving A Generation Unhappy, Sexually Unfulfilled, and Confused About Intimacy (gotta take a deep breath before saying that title), expanded a little more on her idea of “hookup culture.”

Whereas people tend to look at a hookup as a very liberating activity – a physical encounter of any kind – this culture of a fleeting rendezvous is leaving the youth thinking this is the only option. The ones who want the option to date in a more traditional fashion like to have the option to hook up, but they wish it wasn’t their only option.

So why doesn’t anyone just say forget convention and date? Believe it or not, they actually think they lack the “skills” to even pull it off. What they don’t know, however, is that they are not alone – they just don’t have the courage to bring the topic to light with any of their intermittent bed fellows.

We have Freitas talking about the result of this hookup culture, but Dr. Ish Major, relationship specialist, provided some insight into these findings. The verdict? This is a potentially damaging byproduct of the natural evolution of relationships within a larger cultural context.

With marriage taking place later in life, this time of promiscuity and shallowness is simply filling the gap until you meet your prince charming or princess whoever.

Why all the heartache? The emotional disconnect that comes with the morning after a roll in the sack can be too much for some to handle. Feelings of rejection and unfulfilled emotions come as a surprise to those who thought this was more of a quick thrill than an investment of feelings on any level. How can you feel anything for someone when the only common ground you share is an enthusiasm for tequila shooters?

There are those who, despite modern cultural norms, want nothing to do with quickies. How do you go about removing yourself from this?

Freitas basically tells us all to grow a spine and take a chance: just ask! Given how often she hears about discontent with this lifestyle, chances are, the person will be ecstatic to hear you want more than a physical relationship.

Dr. Ish was a little more specific, telling us to do three things:

You always have a choice, and you don’t have to go along with what everyone else is doing. Chances are, many people don’t even want to be going along with what’s popular anyways. Think about what you want and how you want to get it.