Matt Lauer said down with Entertainment Weekly‘s Matt Bean about all things Emmys. First up, Billy Crystal’s highly anticipated tribute to Robin Williams. Billy Crystal and Robin Williams were friends and had a close relationship. This will be the first words Billy Crystal will have about his friend on the record.

The Best Drama Series category has a lot of strong contenders. It has House of Cards, Game of Thrones, Breaking Bad, Downton Abbey, Mad Men, and True Detective. Matt Bean said it comes down to the last reward for Breaking Bad or the new show True Detective, which would be the only time to honor this particular cast for this show. 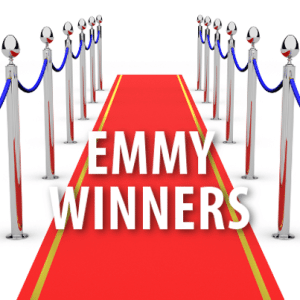 Billy Crystal will deliver a moving tribute to Robin Williams at the 2014 Emmys on August 25, 2014. (Gautier22 / Shutterstock.com)

No one said this on the show, but Tatiana Maslany was robbed of a n omination two years in a row in the category of Outstanding Lead Actress in a Drama Series for Orphan Black, an issue that really grinds my axe every time the Emmys are mentioned. On that show, Tatiana Maslany plays a number of clones which includes a Ukranian assasin/serial killer, an American soccer mom, a brainy dreadlocked scientist, and a ruthless businesswoman. She is amazing in every single scene, usually acting opposite herself. I’m still bitter.

But the actual nominees are Michelle Dockery for Downton Abbey, Claire Daines for Homeland, Robin Wright for House of Cards, Lizzy Caplan, Kerry Washington for Scandal, and Julianna Margulies for The Good Wife. Matt Bean said that a lot of people think Julianna Margulies will walk away with the trophy because The Good Wife wasn’t nominated, but he said that Robin Wright is in the lead in his opinion.

Then there was best comedy series, which included Orange is the New Black, Veep, Modern Family, Louie, Silicon Valley, and The Big Bang Theory. Can I just point out that the fact Tatiana Maslany wasn’t nominated but Silicon Valley was shows that Emmy voters have no idea what they’re doing? If you don’t believe me, ask yourself if you’ve ever watched Silicon Valley, heard it mentioned in conversation, or can name a single one of the actors. If you can’t do any of those things, my point is proven.

Anyway, Matt Bean said that Veep is the one to beat here, even though if Modern Family wins they’ll tie with Frasier for most-ever Comedy Series Emmys at five. I think Orange is the New Black is a strong contender myself, although this season was decidedly less funny than last season.

Then there’s Outstanding Actress in a Comedy Series, which has Lena Dunham for Girls, Melissa McCarthy for Mike & Molly, Edie Falco for Nurse Jackie, Taylor Schilling for Orange is the New Black, Amy Poehler for Parks and Recreation, and Julia Louis-Dreyfus for Veep.

Matt Bean also said he believed it was between Veep and Orange is the New Black.

When it comes to best comedy actor, Matt Bean said he thought it was Louis C.K. versus Jim Parsons. He also said reality series is between The Voice and The Amazing Race.