It’s Friday, Friday, Friday June 21 2013! Kathie Lee and Hoda knew just how to relax on this first day of summer and last day of the work week. With news of how much sleep you should get, dating advice from the men of Hollywood, and what wines need to be sipped this summer, it was a full hour. 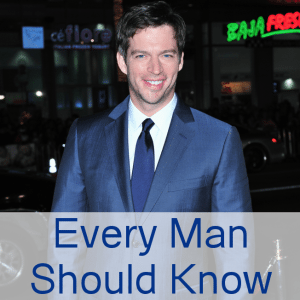 Do you get enough sleep? I sure don’t. Here’s a quiz to find out if you are sleep deprived. Also, there are so many new gadgets and services to help you stay in touch with family and friends. Say goodbye to Facebook and try out snail mail for a change with the adorable stationary from Nicely Noted.

Grant Bowler stars in SyFy’s series Defiance, which was just picked up for a second season. He taught us the proper way to eat a Tim Tam cookie.

KLG & Hoda: Rick Younger Marriage Advice & How To Break Up With A Guy

KLG & Hoda: Rick Younger Marriage Advice & How To Break Up With A Guy

Leslie Sbrocco and Ray Isle brought out the freshest and best wines to sip this summer. From sparkling to rose to chillable reds and boxed wines, it’s going to be a boozey summer.

Travelocity is offering deals on the hottest vacations this summer. From dude ranches to white, sandy beaches, it’s going to be fun in the sun.

Hollywood actor and award-winning performer Harry Connick Jr knows about being smooth. He sang “One Fine Thing” from his album Every Man Should Know. Michael Buble has nothing on Harry Connick Jr. You don’t expect him to be able to croon like he does, just looking at home. He just has a personal connection with this song. While it’s certain he’s singing about his wife, if you close your eyes it’s like a romantic song just for you.