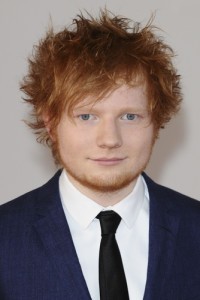 Ed Sheeran released his debut album, +, in the summer of 2012. Since that time, he’s become a bonafide sensation on both sides of the pond! The British singer-songwriter recently toured with superstar singer Taylor Swift, and also has performed on Ellen and Live! With Kelly & Michael, just to name a few. His star will surely continue to rise throughout 2013.

Ed Sheeran will stop by Kathie Lee & Hoda January 31 to perform his latest hit song. I’m predicting the crowds will be pretty big for this performance! You won’t want to miss it!

Ambush makeovers are a weekly fourth hour tradition, so we’ll see what Jill and Louis have in store for us on January 31. Thankfully, the weather has been a lot warmer in New York, so makeover hopefuls won’t have to freeze their buns off for the sake of fashion! I’m looking forward to checking out some great new looks.