Just one week until Kathie Lee & Hoda can once again crack open the bottle! To celebrate their seven day countdown, the ladies will be hosting a great, brand new show. Kathie Lee & Hoda January 30 will feature a true entertainment icon: the one and only Liza Minnelli, plus singer Michael Bolton and weight loss tips.

Not to mention there will be the latest in celebrity news and gossip, web videos and the next installment of the new “Get Your Game On” segment. Will Kathie Lee cheat two days in a row? Here’s more on the upcoming Kathie Lee & Hoda January 30. 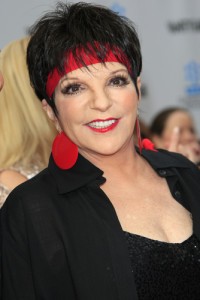 Is there a more iconic stage star than Liza Minnelli? She’s probably second only to her incredible mother, Judy Garland. Liza is known as the “The Queen of Broadway” and has starred in countless stage productions since beginning her career as a young nightclub singer. Liza has won a total of four Tony Awards, and is among a select number of performers who have won a Tony, Academy Award, Grammy Award and Emmy Award.

Find out what’s new with the undisputed entertainment “Queen” on January 30. Liza’s interview with Kathie Lee & Hoda is sure to be a fun one. Too bad there will be no alcohol involved!

Michael Bolton is a Grammy Award-winning singer-songwriter known for his popular soft rock ballads. Michael has had eight top 10 albums on the Billboard charts. He has also appeared on Dancing with the Stars and in film and television. Michael Bolton will take the stage to perform a hit song for Kathie Lee & Hoda January 30.