Recapo Update: The articles for this episode of Kathie Lee & Hoda are now online. Take a look at each segment below.

Kick start the weekend with your two favorite ladies on Kathie Lee & Hoda January 18. They’ll be sitting down for an interview with actor Josh Gad from the new NBC comedy series 1600 Penn. Plus, the latest in cool apps, last minute trip ideas and much more – just no alcohol!

Be sure to check back with Recapo in the afternoon for a full recap of Kathie Lee & Hoda January 18. 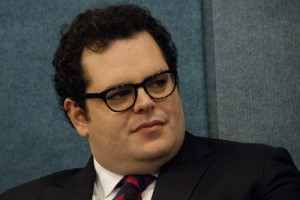 Josh Gad is the star, co-creator and executive producer of the new NBC comedy series 1600 Penn. The show follows the life of the fictional Gilchrist family, who just so happen to be the First Family of the United States. Josh stars as the President’s son Skip Gilchrist, along with Bill Pullman as President Gilchrist, Jenna Elfman as the First Lady and Martha MacIsaac as the First Daughter. The series premiered last week on NBC and currently airs on Thursday nights at 9:30 p.m.

Josh Gad has also starred on Broadway in The Book of Mormon and The 25th Annual Putnam Country Spelling Bee. For more on 1600 Penn straight from its star and co-creator, see Josh’s interview with Kathie Lee & Hoda January 18.

Everyone puts on a few pounds around the holidays due to an over-abundance of delicious food, alcohol and fun festivities. That’s why January is a great time to join the gym! As usual, many people have made New Year’s resolutions to lose weight, but in the meantime, they may still need a bit of help. Kathie Lee & Hoda January 18 will feature a segment on clothes that can hide that unsightly holiday weight gain. If you’re not quite at your goal weight yet, make sure you tune in!