Kathie Lee and Hoda with The Scoop

Kathie Lee Gifford and Hoda Kotb had The Scoop on The Today Show with everything from Kristen Stewart cheating on Robert Pattison to Jackson Family drama to The Man Aisle at Upper West Side grocery stores in NYC to BCBG Dress review. 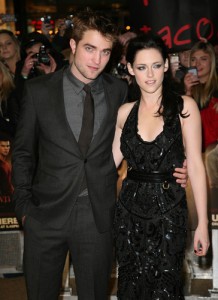 There was a lot of talk about the dress that Kathie Lee wore on the July 25 2012 show, so she said it was a BCBG. Hoda said it’s a beautiful dress and different from the other things you wear. It costs $388.

Kristen Stewart was caught cheating with Snow White and the Huntsman director Rupert Sanders. She issued an apology. Kathie Lee and Hoda said that people are taking this hard.

They showed a video of a fan crying. Kathie Lee said empathy is a good thing, but that is a little over the edge. Sanders’ wife played Snow White’s mother in the movie. Robert Pattison said in an interview a couple months ago that he didn’t understand why people cheat.

There has been major drama with the Jackson Family, with all the rumors of Katherine Jackson missing. She has come forward, but now Michael’s kids’ guardianship is temporarily been given to Tito’s son. Hoda said this is a money issue when you all boil down to it.

Grocery stores in the Upper West Side in NYC have created “The Man Aisle.” In the aisle are condoms, steak sauce, water, alcohol, soap, shampoo, deodorant and chips. Those shelves are constantly needing to be restocked.

For her weekly song selection on iHoda’s Playlist, Hoda Kotb said this is a song you are going to like. You know those days when everything is going right? You get the great parking space, your boss pays you a compliment, everything is going your way. This song is that day. It is called “I’m On A Roll” by Stefano.

Kathie Lee & Hoda: Is It OK To Lie About Your Age?