Kathie Lee is taking the week off, so Jenna Bush Hager was in her place, chatting with the Hoda.

Jenna shared that she is a new mom, and her weekends pretty much consist of changing diapers and nap time. Her daughter is 14 months old and she joked that she and her husband are already teaching her chores, showing a picture of her with a play lawnmower. She said her husband takes her daughter to swim class, and she’s like an 80-year-old woman in a baby’s body because she says hi and bye to everyone at the park. 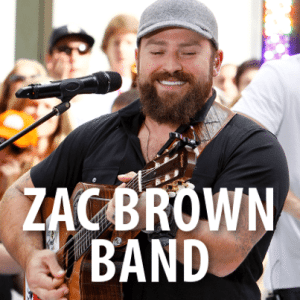 Hoda and Jenna said they were both watching the USA Vs Portugal World Cup match Sunday evening. Hoda said the match was tied 1-1, and she went on a walk and suddenly heard a “roar from the streets of Manhattan” because USA scored, making it 2-1. Then, of course, at 95 minutes, Portugal scored, tying the game.

Hoda and Jenna both admitted they were confused about the game clock and how it works. Hoda said they should have a clock in the corner counting down, rather than up, to help USA viewers understand what’s going on. As Jenna pointed out, it does get confusing because they add up injury time and other things at the end, but you don’t know exactly how much extra time it is.

Hoda shared that over the weekend she saw the best band she has ever seen in concert: The Zac Brown Band. She said the concert was at a tennis center in Queens, so no matter where you were seated you had a good view of the band. She took a video of them singing “Chicken Fried” and took a selfie with Tracy the usher. Hoda said she loved that Zac Brown greeted all the fans that he could touch.

Hoda also shared that she gets to host a half hour of the Sirius country station called The Highway and she gets to pick whatever songs she wants and play them. Jenna asked her to play old Garth Brooks songs like “Rodeo” and “Thunder Rolls”.

A Google employee’s daughter wanted her dad to take some time off work for his birthday. She sent in a letter asking to allow her dad a day off, adding at the end, “P.S. It is Daddy’s birthday P.P.S It is summer you know.”

Her dad’s boss saw it and responded with a note of his own: “Dear Katie, thank you for your thoughtful note and request. Your father has been hard at work designing many beautiful and delightful things for Google and millions of people across the globe. On the occasion of his Birthday, and recognizing the important of taking some Wednesdays off during the summer, we are giving him the whole first week of July as vacation time. Enjoy!”

Hoda and Jenna shared a fake commercial that went viral, that had me laughing out loud.

The fake ad was for Poupon mustard and showed all kinds of people saying things like “I poupon my burger”, “I poupon my kids lunches” and then at the end using the slogan “Poupon everything”. Just a hint, if you don’t get why it’s so funny, try saying it out loud!

Hoda shared another great video of Sam Smith performing a cover of Whitney Houston’s “How Will I Know” that I have to admit, I actually enjoyed more than the original. He slowed down the song and belted out the familiar words in a way that literally makes your jaw drop. Hoda said he recorded it during a Sirius XM session. And just an extra little tidbit: when I typed in “How Will I Know” into YouTube, Sam Smith’s version popped up before Whitney Houston’s did!

She also shared a video of Pearl Jam covering “Let it Go” from Disney’s Frozen at one of their concerts. They performed the song for their kid.

Kathie Lee & Hoda: “On The Night You Were Born” & “Twinkle Twinkle Little Star”

Hoda and Jenna shared their favorite things. Jenna said her two favorite things were the books “On the Night You Were Born” and the Hallmark book “Twinkle Twinkle Little Star“. She loves to read the two books to her daughter. She said “Twinkle Twinkle Little Star” is a recordable book, so her daughter gets to hear Jenna’s parents read the book to her.

Hoda said her favorite thing is the Zac Brown Band. She said she just absolutely loved the concert because they had flags flying and even invited cops onto the stage to salute them.