Most everyone has heard about the Sports Illustrated swimsuit edition that features the typical, thin models wearing skimpy bathing suits posing for the camera. Well, a collaboration between a swimsuit company called Swimsuits for All and fashion blogger Gabi Gregg created a different version of the famous calendar.

Plus-sized models wanted to make their own calendar, and they called it “Sexy At Every Curve.” They posed the same way as the Sports Illustrated models but only did a few months because they first wanted to see how interested people would be before making the full calendar.

Well guess what! People were so into it that they are now doing the whole calendar that you can see for free online. 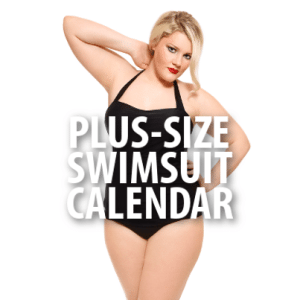 Charles Barkley was recently asked to make a public apology after making a comment about women from San Antonio, Texas.

On his show, Inside the NBA, Charles Barkley basically said San Antonio is a gold mine for weight watchers. It caused an uproar and he was asked to apologize by different groups, and billboards were even erected.

Charles Barkley said, “Some people don’t like my sense of humor” and told people who disagree with his comments to turn off their televisions because he’s not going to change.

Kathie Lee & Hoda: Should People Have to Publicly Apologize?

Kathie Lee and Hoda discussed whether they thought people should have to apologize to the public after making a controversial comment.

Kathie Lee said the only kind of comment that works is the kind your conscience asks you to make, not your press agents. She said she thinks people can tell the difference.

Hoda pointed out a list of celebrities that had to apologize for things they did or said that included Hugh Grant, David Letterman, Alec Baldwin, Lance Armstrong, Reese Witherspoon, Paula Dean, and Justin Bieber. Charlize Theron recently compared the scrutiny she got as a celebrity to violent assault. She meant that she felt violated but it was “an unfortunate use of words.” She has yet to apologize, even after Kathie Lee and Hoda reached out to her.

The question is: do we really want to live in a world where every time someone says something that is a little bit misunderstood they have to apologize?

Kathie Lee shared that she went to Hoboken, New Jersey for the 75th anniversary of Leo’s Grandevous.

Frank Sinatra is from Hoboken, and the restaurant was playing his music. Kathie Lee shared that she’s not allowed to talk about her reason for the visit.