Hoda started off by wishing her four-year-old niece a Happy Birthday. She was adopted from Ethiopia and loves Dora the Explorer.

Next, Kathie Lee and Hoda shared that Kathie Lee got a rid of her flip phone and finally got an iPhone. Hoda wanted to show Kathie Lee an easier way to text that doesn’t require pushing all the buttons. She showed her that she could voice text by pressing the microphone button the keyboard and then speaking into the phone. 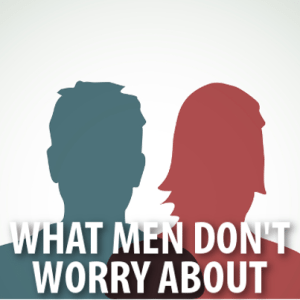 Scooter Magruder made another video, this time sharing “Things Parents Never Want to Hear”. He showed different clips of him saying things like “I kind of hit a stop sign with the car last night” and “I kind of need to borrow $500”. He also added hilarious lines like “thinking about getting a forehead tattoo” and “mom, I kind of pawned your wedding ring”.

Kathie Lee and Hoda shared a funny picture that one man posted on Reddit after he was “bored out of his mind” while shopping at a craft store with his wife. He used decorative letters to spell out “help me wife won’t leave”.

Kathie Lee said that her husband Frank doesn’t usually get bored when they’re out shopping together because he likes to talk to all kinds of people like policemen, firemen, and janitors. She said he just loves to engage with people like that.

Cosmopolitan shared “Things Guys Don’t Mind About Women” that really made women think twice about the lengths they go to in order to impress men.

I think we should use this as an excuse to care a little less ourselves!

She used 17 rolls of Charmin Ultra Soft toilet paper. She explained that you’re also allowed to use tape, glue, and needle and thread. Her dress was actually a two-piece dress, where the bottom part could be removed to reveal a shorter cocktail style dress. She won $10,000 and was also the winner in 2011 and 2012.

I’m not sure about in person, but on TV you couldn’t even tell it was made out toilet paper! It was a stunning gown!

A doctor walked into the hospital waiting room and had to break some tough news to the husband of his patient. “Sir, I’m so sorry to tell you this, but I need to move your wife to a psychiatric hospital.”

“Yes. I’m so sorry but her mind is almost completely gone.”

The doctor was kind-of shocked and said, “Sir, aren’t you surprised that your wife’s mind is almost completely gone?”

Tyler Joseph Greaney was born April 25, 2014 in Pomona, California and his mom Lauren offered this advice to new parents: accept help from family and friends.

Katelyn Ivy Adams was born May 12, 2014 in Pembroke Pines, Florida and her parents said she was named after her grandmother who passed away this year.

Carter David Schaeffer was born May 6, 2014 in Las Vegas and his parents advise you not to get lost in all the little things after having a baby. “Sit back and enjoy the miracle you’ve created.”

Peyton Larkin Stern, born May 1, 2014 in Bridgeport, Connecticut, was so excited to enter the world that he tinkled on Daddy when he cut the cord.