Kathie Lee and Hoda welcomed Entertainment Weekly correspondent Nina Terrero to share the latest celebrity gossip, and she said a lot happened over the weekend.

Antonio Banderas and Melanie Griffith have called it quits after 18 years of marriage. Melanie Griffith filed for divorce on Friday, June 6. The couple released a statement saying it’s a friendly split. Griffith is asking for spousal support and custody of their daughter, who will turn 18 in September. 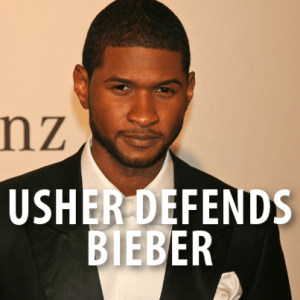 Also splitting are Jennifer Lopez and Casper Smart. After dating for two and a half years, the couple with the 17-year age difference are now going their separate ways. Casper was a backup dancer for J-Lo and sources close to J-Lo say it was a split a few months in the making. J-Lo will be dropping an album in June 2014, and Casper as apparently trying to beome an actor.

Usher took to Instagram to defend Justin Bieber among all the recent controversy surrounding the two videos released of Bieber making racial slurs about five years ago.

The statement said: “As I have watched Justin Bieber navigate difficult waters as a young man, I can tell you that he hasn’t always chosen the path of his greatest potential, but he is unequivocally not a racist… what he is now is a young man faced with an opportunity to become his best self, an example to the millions of kids that follow him to not make the same mistakes.”

Justin said he was going to spend some time with God and now reportedly he was baptized after spending some time in bible study and with a pastor.

Tracy Morgan, who was in a car crash June 7, underwent surgery to repair his broken bones. He sustained several broken ribs, a broken leg, and a broken nose in the crash. He’s in a hospital in New Jersey surrounded by family and friends. The driver of the Walmart truck that hit Morgan’s limousine will be in court June 9 in New Jersey.

Shannon Clochie from Golden Valley Minnesota was named Kathie Lee and Hoda’s fan of the week.

Clochie joined the show via webcam with her twin daughters. Shannon has always been a fan of the show but since becoming a new mom, the fourth hour of the Today Show has been her outlet. They tune in every day just in time for their 10 a.m. bottle and they’re now about to celebrate their first birthday.

Shannon shared a poem she wrote for Kathie Lee and Hoda:

Before the sun peaks out to greet, I grab my little ones who are ready to eat. I get out my yawn, stretching head to toe, turn on the Today Show and let the coffee flow. After diapers then comes bottles, and the day begins. The four strikes and we are joined by our friends Kathie lee and Hoda showing all the cool trends. They sip on their wine so everything is fine. They laugh, they cry, they have such a good time. I feel lucky to spend the morning this way. What an absolutely fabulous start to my day.

For being named fan of the week, Shannon won a trip to Cancun, Mexico. What a perfect gift for a new mom!