Kathie Lee & Hoda: Is Simon Cowell Having A Baby?

Pop culture expert Brian Balthazar came on the show today to talk some pop culture buzz. First up was Simon Cowell, who is going through baby drama as reports have been surfacing about him being the father to a married woman’s baby. It hasn’t been confirmed one way or the other right now, but Simon did say that he will clear up any confusion in the near future because, right now, there are people’s feelings to consider.

Andrew Silverman, the current husband to the pregnant woman in question, Lauren Silverman, has begun to get into something of a PR war with Laura. Laura has said that Andrew knew this was going on all along, while Andrew is saying he never knew of the infidelity, and is working to get sole custody of the seven-year-old child he had with Lauren. 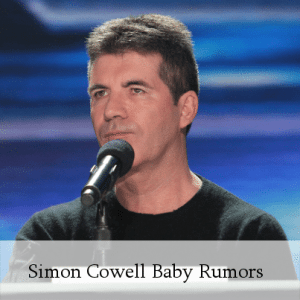 Simon Cowell is rumored to be having a baby with Lauren Silverman. (s_bukley / Shutterstock.com)

Leah Remini recently withdrew from the Scientologist church and has announced that she will be writing a memoir about her experiences with the religion that she is supposedly going to get big bucks for. Given how secretive the church is, this is a big deal, especially when you stop to consider that Leah has been a member of the church for a long time.

However, the initiation process into the church requires that all inductees confess everything they have ever done to the church, meaning that, should the scientologists decide to play dirty, her reputation could be damaged. On the other edge of this sword, though, if the church were to do that, they would not look very good for doing it.

Russell Brand and Katy Perry’s marriage may have ended last year, but it’s looking like Russell is harboring some hard feelings towards his former girlfriend. While performing in London a few days ago, he said that when he was in bed with Katy, he would tell himself to think of anyone else besides her.