Kathie Lee and Hoda welcomed three moms to help them review movies that are currently in theaters, and whether you should take your children to go see them. 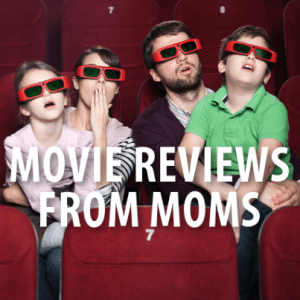 Kathie Lee and Hoda welcomed a panel of three moms who gave their reviews for this summer’s hottest movies. (Karramba Production / Shutterstock.com)

The first movie Kathie Lee and Hoda asked about was Maleficent starring Angelina Jolie. The movie is the Sleeping Beauty story told from the villain’s point of view.

McNamara said it’s a great mother-daughter movie with a PG rating. She said she took her 13-year-old daughter to see it and talked for an hour afterward about the stories of love, redemption, and how people turn bad that were included in the movie.

Stern said even her six-year-old loved it, especially the 3D. Rust admitted she was unsure about taking her young kids to see it because the costumes may have been too scary for them, but they loved it.

Kathie Lee & Hoda: The Fault In Our Stars Movie Review

The next movie Kathie Lee and Hoda asked about was The Fault in Our Stars. The three moms immediately said bring tissues when you go to see it! McNamara shared that the move was Fandango’s best-selling romatic drama of all time just with pre-sales. She said it’s a prefect movie for moms and teenage girls.

Rust said there is such depth to the movie that a sophisticated 12-year-old who has read the book can see it, but there is intimacy in the movie.

Stern said the movie deals with real-life issues and the chemistry between the stars is so great. I’ve yet to hear something bad said about this movie!

Kathie Lee & Hoda: The Edge Of Tomorrow + How to Train Your Dragon 2 Movie Review

Kathie Lee and Hoda asked the three moms about The Edge of Tomorrow starring Tom Cruise and Emily Blunt.

McNamara said the movie is PG-13 and is great for teen boys. She said the movie is basically a video game come to life. It’s about a soldier who dies on the battlefield but is in a time loop and has to keep re-living the day, using lessons learned to get further every time.

Rust said the movie is great for the video game generation, but not anyone younger than 11 years old because of the violence and loud noises. Stern said to just be sure to prepare your kids for the material.

As for How to Train You Dragon 2, the three moms gave it a double thumbs up saying they all loved the first one and recommend seeing the second one.