Sara Haines got to go on a cool assignment for Kathie Lee and Hoda’s segment, Sara in the City. The co-hosts sent Haines to Hollywood Stunts in New York City to take a course in how to be a stuntwoman.

Haines said the school offers training for stunt double hopefuls but they also offer classes to the public where you can go to learn how to throw fake punches, choreograph fight scenes and takes leaps from 50 feet above the ground. Haines received a few lessons in some fake punches and groin kicks, but what she liked the most was the trampoline work. She said stuntmen use the trampoline to learn how to align themselves while in the air which they use when falling however far onto a safety net or giant inflatable. 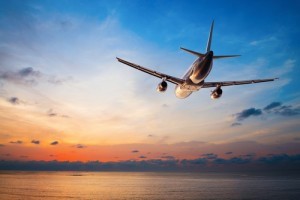 Sara Haines headed to Hollywood Stunts in NYC where she took a stunt class, and they learned why booking a hotel during shoulder season is the best time.

Haines even had the chance to take a leap herself, opting not to go from the highest platform. As for the final stunt, being set on fire, Haines said that was where she crossed the line.

Trying to find the best deals to travel cheap can be the biggest hassle associated with vacation but Sarah Spagnolo, the special projects editor for Travel+Leisure, said it does not have to be that way. She said there are plenty of ways to travel cheap to some of the best locations in America.

Travel During Shoulder Season To Save Money

Spagnolo said the best piece of advice she has is to travel during shoulder season, the time of the year when a certain area is in between seasons. She said traveling in May to areas like Key West and to some Caribbean islands is the cheapest time to vacation there. In just one more month, the prices for some hotels will almost double.

One of the places Spagnolo likes the best for staying cheap is Cape Cod’s Ocean Edge Resort. She said the resort looks right over the beach and costs around $119 a night in May, compared to the $250 a night in July.

Use BackBid and Tingo To Find Great Deals

Kathie Lee and Hoda wanted to know which websites would offer the best deals for traveling and Spagnolo said she likes BackBid and Tango for her traveling needs.

BackBid is a reverse booking website. It works by sending you an email with different hotels and airfare for how much you want to spend. Say you input that you want to spend $100. The website finds the best deals for you under $100 and will continue giving you prices within your price range when they become available.

As for Tingo, Spagnolo said this website allows you to get the best deal by monitoring the different rates at hotels. After you chose the hotel you like, Tingo will monitor the hotel prices and if a room drops below your price, the website will book the new room for you and make sure you get the new, cheaper price instead.

Fly On Saturday, Tuesday and Wednesday For Cheapest Flights

Spgnolo said the day you take a flight will affect the price of the ticket. She said flying on a Saturday, a Tuesday and a Wednesday are going to be the cheapest days to fly. She also suggested following different airlines on Twitter because they will give out deals for flights that you can not get anywhere else.