A lot of Hollywood entertainment news happened this weekend and Kathie Lee and Hoda invited Access Hollywood’s Michelle Beadle on the show to dish out all the gossip.

The first topic Beadle wanted to talk about was the announcement by Halle Berry that she is pregnant with her second child. She just recently was spotted with a tiny baby bump and told reporters she is going to be due in about six months. The news come only a few weeks after Halle Berry was mobbed by the paparazzi while leaving an airport with her daughter Nahla.

Kim Kardashian has finally revealed her baby bump, which is more of a baby belly. She instagrammed two pictures of her belly over the weekend. One with her shirt covering the bump and another with her showing her belly to the world. Beadle speculated that it took so long for Kim to take some pictures of her belly because she is always be criticized for her weight and now she is actually heavier than normal. 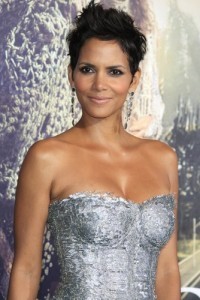 Kathie Lee and Hoda found out Halle Berry is pregnant with her second child, Kate Middleton is due in mid-July and Kim Kardashian showed her baby bump. (Joe Seer / Shutterstock.com)

Kate Middleton has not been shy about her pregnancy. She can be seen all around London with her baby bump showing and she just revealed that she is due to have her child in mid-July. She also told reporters if she has a boy, she is naming him Phillip.

Beyonce and Jay-Z have caused quite a ruckus with their trip to Cuba. Beadle explained that many people are upset they are in Cuba because of the travel restrictions they managed to skirt around while many other people, especially those in Florida, are not permitted to visit Cuba. Either way, the couple looks like they are having a blast celebrating their five year anniversary.

Evil Dead has taken the top spot at the box office this weekend, a move no one saw coming according to Beadle. She said it is strange for a horror movie with a lot of gore to make it to the top spot but it could be the scares that got people through the doors.

Jurassic Park 3D was fourth in the box office this weekend when many people thought it would take the top spot. Beadle speculated that the movie brought in less than expected because the younger generation might still be shy about seeing a movie made almost 20 years ago.