A lot of exciting things happened this weekend in the entertainment business so Kathie Lee and Hoda called on the help of Entertainment Weekly Senior Writer Tim Stack to go over everything from Justin Timberlake’s new album to Tina Fey’s rare miss in theaters.

Admission, the new movie starring Paul Rudd and Tina Fey, bombed at the box office this weekend bringing in only $6.4 million. Stack said the studio was probably shooting for an opening weekend somewhere in the teens or at least in the double digits. He also said the reason the movie bombed so badly was because of the strange plot, the terrible marketing and Paul Rudd has been like box office poison as of recently. 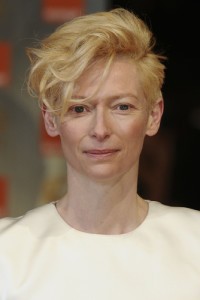 Tilda Swinton is napping at MoMA, Justin Timberlake’s album is on track to sell over 1 million in the first week and Admission bombed at the box office. (Featureflash / Shutterstock.com)

Spring Breakers also came out this weekend. The film, directed by Harmony Korine, is about teens on spring break and a whole lot of women in bikinis. He said many audiences were polarized by the movie, adding that any movie by Korine is something you need to acquire a taste for before you can enjoy the movie. He did point out many audience members thought James Franco did a great job in the movie but were frustrated he didn’t show up until halfway into the movie.

Actress Tilda Swinton might have thrown some people for a loop with her installation in the Museum of Modern Art where she is sealed inside a glass box where guests at the museum can watch her sleep. Stack said this is similar to a performance piece she did in 1994 as well, but he couldn’t understand how she can stay in the box all day. Does she ever get out? How does she go to the bathroom? Won’t it start to smell in the box? These are all questions no one had answers for.

Justin Timberlake’s newest album, 20/20 Experience, almost sold one million copies in it’s first day out. Timberlake is also going to be the next host of the Oscars.