Simon Cowell is in the headlines for having a baby on the way with Lauren Silverman, but there is a lot more to it than that. Before the pregnancy, Simon was a friend of Lauren and her former husband, Andrew Silverman, and would even go on vacation with the two. Well, Lauren and Andrew separated, and Simon seems to have swooped in and made a baby with Sara.

The big point of contention is how long Sarah and Andrew have been together, with some saying that they just broke up, while others insist that they have been apart for awhile. What makes this development is made even more strange by the fact that Simon has publicly said that he has no interest in having children. 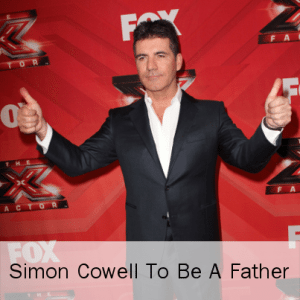 Simon Cowell and Lauren Silverman are going to be parents. (s_bukley / Shutterstock.com)

Another humongous headline hullabaloo (say that 10 times fast) comes from the most recent issue of GQ London, which recently ran an issue featuring five separate covers, each featuring a different One Direction band member. To build excitement for the new issue, GQ ran one-liners about each of the band members, which is where people started to get angry.

Harry, a fan favorite in the band, had this written about him, “he’s up all night to get lucky.” The fans took quite a bit of umbrage towards this, and avalanched GQ with tweets that would make satan blush. Remember that One Direction’s fan base is made up primarily of tweenies and teenie boppers, so think about a 12 or 13-year old saying “GQ, I will personally come over there and slaughter you, okay?” Yikes.

Kathie Lee took a lot of issue with these tweets, saying that she thinks she is getting too old for this world because no one is growing up anymore. I mean, come on, it seems like every fan of a pop-band has to have a nickname nowadays. I can’t imagine ever being even 23 and referring to myself as a directioner. Get real.

Another person catching heat for no reason is Drew Brees, who recently drew quite a lot of criticism for leaving a $3 tip on a $74 bill. What most people aren’t stopping to think about, however, was that he was not dining in, but carrying out his order. This means that he drove to the place, picked it up himself, and left. Drew said over Twitter that, had he been sitting down for a meal, the tip would have been more than 20 percent.

Today Show: Is It Okay To Take Your Children On Your Honeymoon?

If you are entering a marriage with children from a previous marriage, is it okay to take your children on your honeymoon? Kathie Lee & Hoda weighed in on this topic to finish off the segment. Neither of them saw a problem with this because, well, it’s your damn honeymoon and you can do whatever you want!