Every day, 38 million burgers are consumed in American and Kathie Lee and Hoda sampled hamburgers from chain restaurant Smashburger in celebration of National Burger Day. Smashburger announced that they are offering free burgers for National Burger Day to anyone with the last name “Burger,” or similar variations. According to White Pages, there are 21,000 people with that last name, so if you’re one of them, find your closest Smashburger location to claim your free burger! 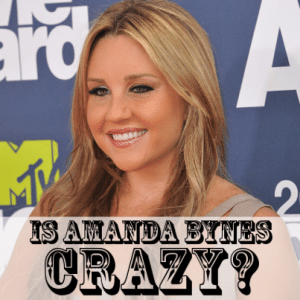 Child star Amanda Bynes was arrested Thursday for allegedly throwing a bong out of her 36th floor apartment window after the concierge of her building called the police saying she was smoking marijuana in the lobby of the building.

The bong in question was never found outside the building, so Amanda is lawyering up saying the police illegally entered her apartment and she is also suing for harassment against the New York Police Department. This is not the first time Amanda has been cited with drug paraphernalia. After showing up to court in a lopsided wig, Amanda took to Twitter to deny the charges and tell her followers her side of the story.

Then she tweeted at Rihanna stating that Chris Brown hit her because she was ugly, a tweet Amanda claims was a hack. The tweet was deleted immediately, but not before gossip sites saved the tweet. Amanda, who is retired from acting, most recently tweeted that she is now getting in shape, getting a nose job, and “…looking forward to a long and wonderful career as a singer/rapper!”

Kathie Lee, who knew Amanda from her days on Nickelodeon’s The Amanda Show, said that she remembers Amanda being a sweetheart and likened her childhood career to an “early Lucille Ball.” She said that she thought Amanda had everything she needed to make the transition from child star to adult star and thinks that Amanda’s behavior does not have anything to do with partying, but said she thinks there is something mentally wrong. Kathie Lee and Hoda reached out for comment from Amanda’s team, but did not get a response.