Kathie Lee and Hoda welcomed national radio host Elvis Duran to talk about the songs and artists featured in the songs of summer trivia questions. The first question was, which city in Spain did the 1994 smash hit “Macarena” originate from? Was it Seville, Madrid, Barcelona, or Valencia? The answer is Seville. The other question is, do you still know how to do the dance?

The next question was which of the following summer anthems did Pharrell Williams not take part in? Was it “Happy“, “Blurred Lines“, “Get Lucky“, or “Problem“? The answer was “Problem” which is sung by Ariana Grande and Iggy Azalea. Elvis said Pharrell is hotter than ever right now. 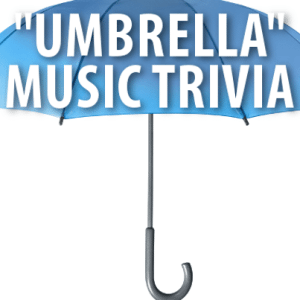 Kathie Lee then asked, which of the following DJs produced this summer’s hit song “Summer“? Avicii, Calvin Harris, Tiesto, or David Guetta. The answer was Calvin Harris and Elvis added, if you want to have a summer hit, name it “Summer.”

Kathie Lee then asked a woman to finish the lyrics to a song featured in a hit musical film released in 1978. The film was Grease and the lyrics began “summer days driftin’ away but oh, oh…” and the answer as “the summer nights”. I’ve always been a huge Grease fan so I knew that one right away!

The next question was, Rihanna went to number one in over 20 different countries during the summer of 2007 with which single? Was it “We Found Love“, “Disturbia“, “Only Girl (In The World)“, or “Umbrella“? The answer was “Umbrella.”

Elvis explained that Rihanna sold over 30 million albums and 130 million singles, saying she’ll often times come out with singles without albums. She also likes to collaborate with people, so Rihanna is everywhere!

The last question was “which artist had a hit duet with Frank Sinatra with the song ‘Summer Wind‘”? Was it Dean Martin, Sammy Davis, Jr., Julio Iglesias, or Aretha Franklin. The answer was Julio Iglesias.

Interestingly enough, Elvis explained that the song was on Frank’s duet album where he did duets with all kinds of superstars, but not in the same studio. He made them record in another studio. Interesting!