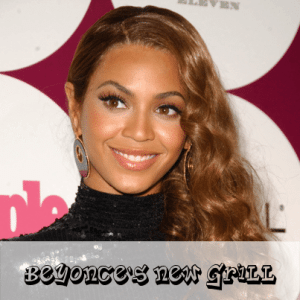 Beyonce fang grillz are getting a lot of attention, along with her new pixie cut. (s_bukley / Shutterstock.com)

Beyonce is getting a lot of attention for making a drastic change to her style by getting a new haircut, specifically a pixie cut. While some are saying that the haircut is just a wig, it would be hard to imagine that it would be possible to cram all of that hair she used to have into such a small wig. These photos were posted to Instagram last night.

Two people in New Jersey and one from Minnesota hit the Powerball numbers and are going to split the $448 million prize. It isn’t known how much each prize winner is going to take home after taxes, but it is likely to be quite a bit of money regardless. I’d take a few million dollars any day.

Kathie Lee & Hoda: Is It Okay When Producers Ask Fans To Finance Their Movie?

A recent article in People Magazine asked if people thought it was okay when a movie producer or director asks their fans to finance their movie. While Kathie Lee & Hoda didn’t have any particular problem with it, there have been quite a few people whose feathers were ruffled when they found out that they were being asked for donations by rich people.