Squire Rushnell’s book When God Winks features the story of how a union between a husband and wife became a reunion for long lost friends. The story is about Alice and Jack Totah, and their uncles Charlie and Nabeeb. It was discussed on Kathie Lee & Hoda. 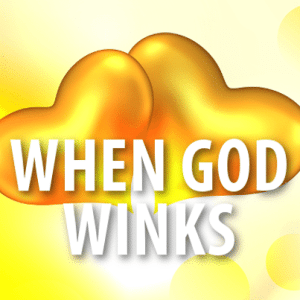 Kathie Lee and Hoda shared the story of how one couple’s union led to the reunion of two best friends 50 years in the making. (ivn3da / Shutterstock.com)

Alice said she had given up on men and at one point said to God, “if you want me to get married, then you pick him out.”

About a week later, she turned the corner and stepped in front of a man “with the most beautiful golden brown eyes”. The pair began a conversation that lasted almost three hours. They talked until Alice looked at her watch and said she had to go because she had to drive six hours to a wedding the next day in Victoria, Texas. Jack said he was going to a wedding in Victoria, Texas as well, because his cousin was marrying a doctor. Alice said her cousin is a doctor. The two of them were going to the same wedding 300 miles away!

The  next morning, she went down to have breakfast with her uncle Charlie and told him she had met the man she was going to marry: Jack Totah. Charlie had a puzzled look on his face and said “I wonder if he’s related to Nabeeb Totah”. Jack walked into the kitchen, hearing the question, and said Nabeeb is my uncle, my dad’s brother.

Charlie shared the story of how he and Nabeeb became best friends when he was coming to America on ship as a young boy. But when the ship docked, they got separated in customs. Uncle Charlie said he had always wondered what happened to Nabeeb.

One year later, Alice and Jack got married and they looked out among their family and saw the two best friends, Charlie and Nabeeb, side by side for the first time in 50 years.