Kathie Lee & Hoda began their Booze Day Tuesday with an update on Michael Douglas cancer news, their thoughts on the latest  Bond Girl Penelope Cruz, and the ladies’ AARP Magazine cover. Here’s how it all went down.

After making some controversial statements regarding his cancer diagnosis, Michael Douglas is now back-pedaling with the help of his publicist. The actor was quoted as saying that his particular type of cancer was caused by the HPV virus. Now, his publicist claims the statement was taken out of context. Kathie Lee & Hoda both think that maybe someone in his family—or previous girlfriends, I would think—may not be happy with his comments. 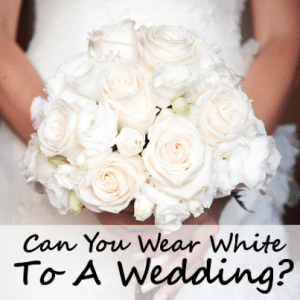 Kathie Lee and Hoda shared the modern etiquette on wearing white or cream to a wedding.

Kathie Lee & Hoda are AARP Magazine’s newest cover girls! Their cover was unveiled at a New York City luncheon yesterday. Many of their Today Show colleagues stopped by, as well as interviewer Meg Grant, whom Kathie Lee and Hoda both found to be “lovely.” Kathie Lee hates when interviewers misquote their subjects, but she was thrilled by how well the article turned out.

Now, even viewers have the chance to be AARP models. They are currently searching for beautiful faces over the age of 50 for a new contest. Seven winners will be flown to New York for a photo shoot and will be asked to share secrets about looking great at any age. If you think you have what it takes, visit AARP.org.

Kathie Lee & Hoda: Can You Wear White To A Wedding?

At Bobbi Thomas’ recent wedding at Kathie Lee’s Connecticut home, Hoda Kotb decided to wear a cream colored dress. However, when viewers saw the pictures from the ceremony, many were offended by Hoda’s choice. Is wearing white to a wedding disrespectful to the bride? Kathie Lee joked that not even Bobbi should have worn white. If you ask her, the notion is a bit antiquated. She finds the rule old fashioned, like not being able to wear white after Labor Day.

Of course, Hoda didn’t mean to offend anyone at the wedding, so she was surprised by viewers’ reactions. The ladies found an Emily Post article that clarified whether wearing white is okay or not. They quoted the article as saying, “today wedding guests can wear cream or white, as long as the outfit doesn’t say ‘Bride.’”

I would definitely agree—I don’t think it matters what color you wear, as long as you’re not taking away attention from the bride in something too over-the-top. Plus, many modern brides are choosing to forgo the traditional white gown altogether. What do you think? Would you ever wear white to a wedding?

Like many fans, Kathie Lee & Hoda can’t wait to find out who wins this season of The Voice. They shared clips from each of the final six contestants, but then admitted they weren’t really listening to the performances. Instead, they’ll be tuning in tonight with their listening ears.

Penelope Cruz is set to be the newest Bond Girl, and she’s doing it in style at 40 years old (actually, 39, but Kathie Lee & Hoda rounded up). This will make Penelope the oldest Bond Girl ever, but she’s still as beautiful as ever. As Kathie Lee Gifford pointed out, Daniel Craig is 45, so James Bond will be paired with someone his own age for once!