Entertainment Weekly‘s Tim Stack came on Kathie Lee & Hoda to fill us in on the latest pop-culture buzz, starting with Jennifer Aniston throwing Justin Theroux a massive party for his 42nd birthday. It conveniently coincided with the one-year anniversary of their engagement, leading many to believe that they were getting married, but it turned out to just be a party. Tim Stack believed that this was Jennifer’s way of telling Justin to get his butt moving on the whole getting married bit. 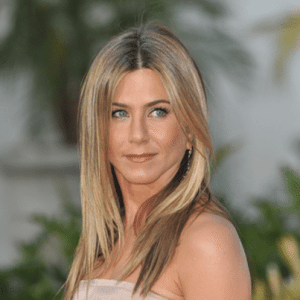 The star-studded guests included Jimmy Kimmel, Ellen DeGeneres, John Krasinski, and a bunch of other A-listers. This was clearly the party to be at this weekend.

On Friday, it was reported that Chris Brown had a seizure while in the recording studio. Not only does the fact that Brown is young make this strange, but the fact that the seizure was non-epileptic, leaving the cause behind the incident a mystery, Stack explained on Kathie Lee & Hoda.

Brown refused treatment that night and was treated by his doctor the next day. Taking the usual PR route, his publicist blamed the seizure on the stress related to his ongoing legal battles and negative press. Kathie Lee advised Chris Brown to start ignoring the negative press and just go about making music.

The highly anticipated final season of Breaking Bad kicked off this weekend, which Tim said he didn’t go see because he only watches shows with attractive people in them. Also, Matt Damon’s Elysium topped the box office this weekend, with Jason Sudeikis and Jennifer Aniston’s We’re The Millers surprisingly coming in at second.