Kathie Lee Gifford and her husband Frank have been helping a family in Greenwich for about 9 years. The Marella family has four children, two of whom were diagnosed with Neimann-Pick Type C, a fatal illness.

Kathie Lee shared that she’s been trying to raise money for research because the disease is so rare. Kathie Lee and her husband hosted a benefit at their home for supporters of the family and research for the disease. Kenny Loggins was in attendance with his girlfriend, and Kathie Lee said he put on one of the greatest shows she’s ever seen. She also shared that while Kenny Loggins was staying with her, outside of her home, six fire engines were lines up because her neighbor was doing some construction and had an electrical fire. She said the firemen were so happy to have their pictures taken with Kenny Loggins and Frank Gifford. 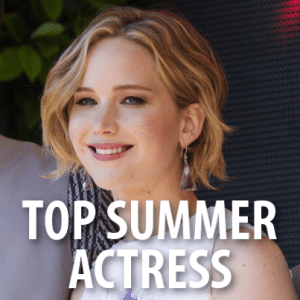 Hoda Kotb had a pretty eventful weekend herself. She shared that she was at the Rascal Flatts concert when they performed on the Today Show and took a selfie with the singers of the country music group. A random girl in the crowd snuck into the selfie, sparking all  kinds of re-tweets and chatter on social media. Hoda said even Lily Pulitzer re-tweeted the picture because the girl was wearing one of her outfits.

Hoda also went to a Jake Owen concert, saying it was like being at a summer concert. She said Jake Owen, who sings “Barefoot Blue-Jean Night“, performed barefoot wearing jeans.

Hoda also shared that she made a bit of a mistake when ordering Bounty paper towels and rather than just order two rolls of it, ended up with a whole bunch! Oops!

Emmy-winning actress Ann B. Davis passed away at the age of 88.

Davis was best known for her role as Alice on The Brady Bunch. Kathie Lee and Hoda shared that the night Davis passed away, she said goodnight but then fell in the bathroom and then never regained consciousness. They said she was a woman of deep faith, but ironically never liked to clean or cook. She said in a People magazine interview that even she wished she had an Alice.

On the show Sing Your Face Off, celebrities dress up and perform as famous artists.

Blue Ivy, the daughter of Beyonce and Jay-Z is now two and a half years old. Beyonce tweeted an adorable picture of Blue Ivy wearing her mom’s heels, showing only the lower half of her body. She also shared another picture of her daughter with her foot in front of her face. Showing just her hair, ear, and a section of one eyebrow. Kathie Lee and Hoda pointed out that Beyonce and Jay-Z never really show their daughter’s face, and always do a bit of “shielding.”

Serena Williams was recently in a few wedding photos, but it wasn’t a wedding of her own. In fact, it wasn’t even someone she knew. A couple was getting married on the beach in Florida and Serena Williams happened to be at the beach. The couple asked her to pose for a few pictures with them, and she happily obliged. The bride and groom were photographed with the tennis player, who was wearing a leopard print bathing suit. Talk about unique wedding pictures!

The Wrap released its list of top women at the box office. The list of the most liked summer actresses in movies included Shailene Woodley at number 5 for her movie The Fault in Our Stars. But who were the top three?

Angelina Jolie from Maleficent, Melissa McCarthy from Tammy, and at number one was Jennifer Lawrence from X-Men: Days of Future Past.