A 55-year-old American tourist really did our country proud the other day when he snapped the finger off of a 600-year-old Italian statue of the Virgin Mary while either high-fiving or comparing his hand size to Mary’s (I’m sure the sources were all over on this one). It should be mentioned that the finger that was broken off had already been replaced once, so he only really snapped off a plaster replacement. However, people all over Florence are quite pissed at the Missouri man’s lapse in judgement. 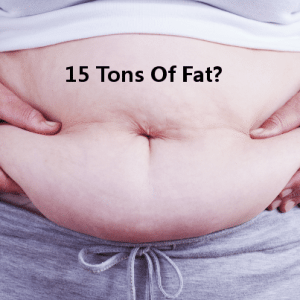 A 15-tob blob of congealed fat removed from a London sewer was dubbed “The Fatberg.”

In other news, a 15-ton blob of congealed fat has been removed from a London sewer. It is the size of a double-decker bus and has been dubbed “The Fatburg.” Apparently, much of this fat comes from people dumping it down the drain, instead of sealing it in a container and throwing it away. Remember The Fatburg next time you decide to dump that hamburger fat down the drain on burger night.