Kathie Lee and Hoda sat down with Bill and Willie Geist to talk about their new book Good Talk, Dad: The Birds and Bees and Other Conversations We Forgot To Have.

Bill Geist, a CBS Sunday Morning correspondent, announced he was battling Parkinson’s Disease a couple years ago and he and his son Willie came to the realization that there were a bunch of conversations they should have had over the years, but didn’t. Because of this, they decided to write about it in their new book, which is now a New York Times best seller. 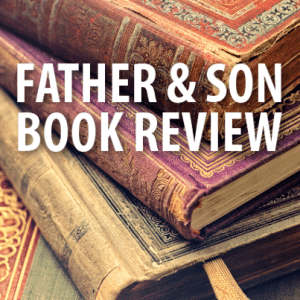 Bill and Willie Geist sat down with Kathie Lee and Hoda to talk about their book “Good Talk, Dad”. (Marta Paniti / Shutterstock.com)

Hoda said the birds and the bees was one of her favorite parts of the book. Bill said he never had the birds and the bees talk because he was scared to death and knew Willie was horrified that it was coming. They shared how when Willie was 13 years old, they were watching a Yankees game and Bill looked at Willie and said “you think it’s time we have our talk?” Willie looked the other way and said “do we have any pretzels?” Willie said he just had to steer right out of it.

Willie said most of the book is funny, but there is one chapter where Bill wrote about Vietnam, where he was a combat photographer. Willie said he had seen picture from it in the attic, but it was always clear that Bill didn’t want to talk about it. He even said he wasn’t going to put it in the book, but Willie said one day he got an email with a “full, beautiful chapter” about Vietnam, and it was very clear his father remembered everything from 45 years ago.

Willie said everyone is relating to the book, realizing that parenting isn’t that easy. He said it’s not just fathers and sons, but mothers and daughters too.

Kathie Lee and Hoda sat down with Abigail Spencer to talk about her role in the dramatic TV series Rectify about a man named Daniel who was released from prison after nearly two decades on death row.

Abigal Spencer plays Samantha, Daniel’s sister who helps him assimilate back to small town life. In season 2, Daniel has been beaten into a coma, leaving Samantha to deal with the injustice of it all.

Spencer said they did 6 episodes and then the critics loved the show so they got the chance to do more. She said what people love about the show is that it’s unique and speaks to people on a soul level. Plus, there’s nothing else like it on television.

The show is filmed in Georgia, which means Abigail is away from her little boy a lot. She said they’re working it out because being a working mom means a lot of stuff isn’t shooting in Los Angeles. She goes back and forth and her son comes to see her. She said he just graduated kindergarten.