Kathie Lee and Hoda looked at a “webtastic” viral video today and of course it was St. Patrick’s Day-themed. The video was made by two Brigham Young college students who wanted to see who could get more kisses when holding a sign that read “Kiss Me I’m Irish.”

Either way, it looked like everyone had a good time. 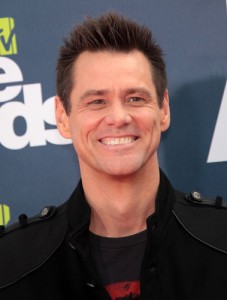 Kathie Lee and Hoda looked at a Brigham Young experiment where a boy and a girl with “Kiss Me I’m Irish” signs try to get kissed and a Burt Wonderstone review. (DFree / Shutterstock.com)

Kathie Lee and Hoda invited E! News correspondent Jason Kennedy on the show today to give them the scoop on the best movies to go see this weekend and what they can look forward to on The Voice.

The first movie Kennedy said they needed to see is The Call starring Halle Berry. Berry plays a 911 operator who gets a call from a teenage girl who has been abducted, and Berry is the only person who can save her.

Jim Carrey and Steve Carell are starring in The Incredible Burt Wonderstone which comes out this weekend. Hoda was a bit skeptical of the movie, but Kennedy said although it looks cheesy the movie is actually really funny.

The one movie Kennedy said everyone should be renting this weekend is Life of Pi. He said it was a great movie, and it was also nominated for Best Picture at the Academy Awards.

Rise of the Guardians is also hitting stores this weekend. Kennedy said this movie is about fairy tale creatures, like Santa Claus and the Easter Bunny, fighting an evil super power who threatens their whole existence. He said it is a great movie to watch with the kids.

Did you know it has been 15 years since The Wedding Singer came out? It was the first movie starring Adam Sandler and Drew Barrymore together and they are now working together on an unnamed movie where they play a couple stuck at a family reunion.

Shakira and her boyfriend, Gerard Pique, shared the first picture of their son Milan with the media which Kathie Lee and Hoda said looked adorable.

The Voice is coming back for its fourth season starting March 25 and everyone knows Hoda is excited to watch her hopefully future husband, Blake Shelton. Kennedy said this season has been getting a lot of buzz and it is said to be the best season so far.