Kathie Lee and Hoda welcomed America Ferrera as she sat down to talk about her new movie How to Train Your Dragon 2.

Ferrera has appeared in two dozen roles, but is perhaps best known for her role on the popular TV comedy Ugly Betty which earned her an Emmy, a Golden Globe, and a Screen Actors Guild Award for best actress. She has returned to the big screen for the animated film How To Train Your Dragon 2 as the voice of Astrid. 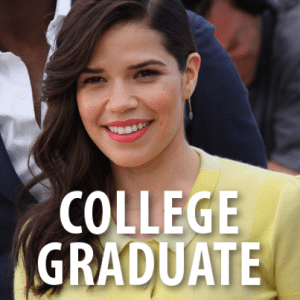 Kathie Lee and Hoda visited with America Ferrera to talk about the new animated movie “How to Train Your Dragon 2”. (cinemafestival / Shutterstock.com)

Kathie Lee and Hoda pointed out that Astrid, in some ways, even looks like America Ferrera, and she explained that even she recognizes some of her glaring looks. She said they keep a camera on you while you’re recording so the animators can go back and see what you did while you were saying the line.

Kathie Lee & Hoda: America Ferrera “How to Train Your Dragon 2”

America Ferrera shared that the film took about three years to make from start to finish, and she said they really work right up until the end. She said three years and around 400 people is what it takes to put these movies together. She said this film is top-of-the-line animation with brand new technology. She said the movie is Dreamworks’ first film to use this animation and “it’s pretty spectacular.”

She also said that this film takes everything you liked about the first movie and makes it bigger. “To me, the flying scenes are just spectacular,” she said. “When you watch it in 3D, you really feel like you’re flying.”

She also said the movie isn’t just for kids, and adults will enjoy it too, because the director made the movie he would want to see. She said even Craig Ferguson was wiping away tears as he was watching.

America Ferrera just turned 30, but she claimed she was excited about. She also just got married and got a degree in International Relations. She said she got to finish a lot of school before she had to take a leave for Ugly Betty made herself a promise she would go back and finish. Seven years later, she did just that.

She said for just one day people at the college would whisper and ask for pictures, but by the second day people were just asking about the homework.