Taryn Mohrman, from Parents Magazine, joined the set of The Today Show and gave co-hosts Kathie Lee Gifford and Hoda Kotb a quiz on monthly Shopping Deals. Need to know the best month to buy a wide range of products? Check out the insider tips below:

Question: What is the worst month for shopping deals?

Answer: April. It’s tax season and retailers know that people are getting their refund in the mail.

Question: Kathie Lee’s birthday is in August, what goes on sale in August? 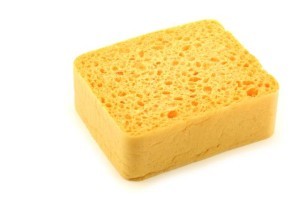 Answer: Small Appliances. It’s back to school time and people will go back to breakfast routine. At least that’s what retailers think!

This item has gone on sale every January since 1878?

The Academy Awards is such a big event that retailers offer discounts leading up to it? True or False

Answer: False. The only major event that actually affects discounts is The Super Bowl.

Question: In 2012, there are 3 things you can always get a deal on. There are a home, mattress, and what other item?

Answer: Cell Phone. As it turns out, you can always negotiate with carriers on plans and the actual price of the phone. These bargains seldom have a season.

Grills Are Cheapest in March

Question: What is the best month to buy a grill?

Answer: March. Retailers are looking to unload last season’s models before rolling out the next summer’s lineup.

Question: January is the prime time to buy what item?

Hoda narrowly beat Kathie Lee in the quiz and won a year’s worth of wine deliveries from California. Congrats to Hoda!

Today Show: “Trash It or Stash It” Advice

Deputy Editor of Self Magazine Meaghan Murphy dropped by the set for a rundown on trashing or stashing a variety of old items, including How To Clean Sponges and more.

How Often Should You Replace Your Toothbrush?

Toothbrushes? Its best to replace them every 3-4 months and make sure they are stored upright for proper drying.

Today Show: How To Clean Sponges

Next up: the life of a sponge. Apparently, they should be thrown out every month. Furthermore, you should dampen the sponge and microwave it for 30 seconds on a weekly basis during that one month period. I tend to use my sponges until they fall apart, but now I’ll be heading to the store for a brand new pack! How about you?

As it turns out, you should never actually use plastic ware such as Tupperware. If you do, never ever put them in the microwave or dishwasher, as the heat causes the chemicals to bleed out. Switch back to old fashioned glass, says Murphy.

Last but not least, if your grocery bags carried produce or poultry home from the store, don’t just throw it under the sink to use at a later date. They need to be washed first, or just thrown away. I never thought of that one!