Kathie Lee & Hoda: What the What Photos

It was Winesday Wednesday which meant it was time for What the What, where Hoda and Anthony Anderson looked at some really funny viewer submitted photos. The first picture was the caption contest photo from last week which showed a shocked baby looking off into the distance. The winning caption on the photo read, “You want me to put the thermometer where?!?”

The next funny picture was a picture of a cat trying to get into a wine bottle. Sounds like Hoda found the new mascot for the show. The third picture was of a city parking sign that was so confusing Anthony Anderson said he was going to get a ticket just for taking so long to figure it out. 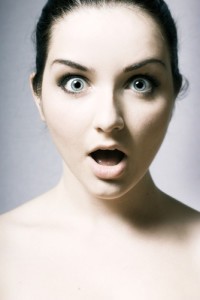 Hoda and Anthony Anderson checked out some funny viewer submitted pictures in the segment What the What, and they played Who Knew? with the audience.

The fourth picture was of a toilet seat outside a restaurant that read, “Place butts here.” It was intended for cigarette butts. The fifth picture was of a dentist office sign that is right now the sign for a coffin maker. I don’t think I would go there to get my teeth cleaned.

Hoda and Anderson decided they wanted to play Who Knew?, a game where Anderson asked questions about movies to people in the Today Show audience and if they got the answer correct they won $100. Check out all the questions below and see what kind of other information the senior writer for Entertainment Weekly, Tim Stack, has to add.

Finish this quote from Anchorman, “Stay classy ______” – San Diego. Stack said the new Anchorman movie is set to come out this Christmas, and Harrison Ford has signed on to play the role of a Tom Brokaw type character.

Sing the lyrics to The Fresh Prince of Bel-Air theme song – Now, this is the story all about how/My life got flipped-turned upside down/And I’d like to take a minute/Just sit right there/I’ll tell you how I became the prince of a town called Bel Air.

In what movie do the four characters in the movie unwittingly become the Wolf Pack? – The Hangover. Stacks said the final movie in the Hangover trilogy is coming out this Memorial Day and the Wolf Pack is back in Las Vegas.

Which late night host is also the executive producer of Guys with Kids? – Jimmy Fallon. Stacks said he also sings the opening theme song for the show.

Which TV character said this: “Would I rather be feared or loved? Both. I want people to fear how much they love me.” – Michael Scott on The Office.