Kathie Lee & Hoda: Everyone Has A Story Winner

On October 2 2012, Kathie Lee and Hoda announced the Everyone Has A Story Contest winner, which was Elizabeth Stewart. She wrote the ladies a letter telling of her devastating struggle with infertility and she joined the ladies in the studio with her family. 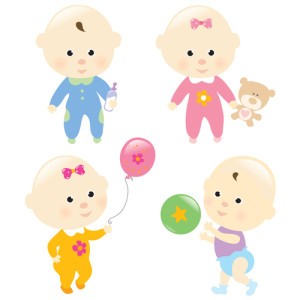 Kathie Lee and Hoda talked with this month’s Everyone Has A Story winner, Elizabeth Stewart, who shared her story of infertility and now life as a mother of five children.

She wrote the ladies saying she often questioned if she would ever hold a baby of her own in her arms. She struggled with infertility and worked in a high school where there were 13 pregnant girls, which made it even harder. After six years of trying, her and her husband found out they were expecting twins.

The following weeks brought so much excitement, especially when they found out they were going to have a boy and a girl. At 20 weeks, their baby boy’s membranes ruptured and there was nothing the doctors could do to save him. She delivered him stillborn the next day and his sister followed shortly after. She was still alive and she held her in her arms until her heart stopped beating.

Elizabeth and her husband Anthony continued to try for a baby. One year and one week later, they were blessed with their little girl Lillia. They decided to try for one more baby and were successful at getting pregnant, but were surprised when they saw four babies on the screen.

Because of her past experiences, she never thought she would be able to carry four healthy babies. She carried them for 31 weeks and five days. She said she is not sure what she did to deserve these blessings, but she thanks God every day.

What gave her the courage to try it again after losing the twins. She said at that point she knew what it was like to have a baby. They were her children, even though they weren’t living anymore and she knew she still wanted children.

She said she never thought she would carry four healthy babies and there was some fear, but she just placed it in God’s hands and if it is meant to be, it will be.