Wendy Williams is revisiting a past episode on August 26 2013, featuring actor Michael Urie and reality personality Teresa Giudice. You might have seen Giudice’s name in the headlines this summer, and the news has not been the most positive. She and her husband Joe have been charged with 39 counts of fraud and conspiracy. But you won’t be hearing anything about that in this October 2012 interview. 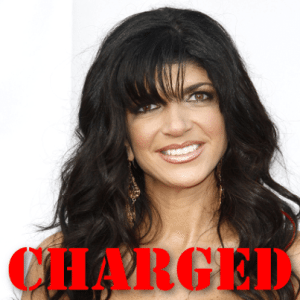 Teresa Giudice is a guest on Wendy Williams August 26, in an interview taped before her summer 2013 fraud charges. Actor Michael Urie is also on the show. (Joe Seer / Shutterstock.com)

In late July 2013, Teresa Giudice and her husband, Joe Giudice, were charged with dozens of counts of fraud and conspiracy, and it is also alleged that they did not properly file tax returns for several years in the 2000s.

They could be facing as much as 30 years in prison and a fine of $1 million, which sounds bonkers! Together they have four daughters, and this kind of thing is enough to throw anyone’s life into turmoil.

But on top of all that, Joe Giudice’s legal status in the United States has been called into question, and there were rumblings that he may be deported as a result of these charges. It’s really too bad that Teresa won’t be giving Wendy Williams an update on August 26, because I’m sure her fans would want to hear from her.

On August 14, the couple pleaded not guilty to the charges against them, but this is just the beginning of their legal battle. Meanwhile, season five of The Real Housewives of New Jersey, featuring the Manzos, is airing Sundays on Bravo.

You might remember Michael Urie best from his role on Ugly Betty. He is also a guest on Wendy Williams August 26. In this interview from last fall, he was promoting the sitcom Partners, in which he starred with David Krumholtz.

The show was canceled by CBS after six episodes, though 13 were produced. The seven unaired episodes were shown internationally, but have not ever aired in the United States, and they probably never will.

As for Urie, since the cancellation, he has appeared on Hot In Cleveland and the movie He’s Way More Famous Than You.