Wendy Williams talked to actor Larenz Tate about his longevity, family, and upcoming USA television series, Rush. Plus, Sunny Anderson shared grilling recipes and Wendy talked about all the gossip in Hot Topics, including Shia LaBeouf’s rehab rumors and Kelly Rowland’s pregnancy workout. Here’s what you missed on the July 1 Wendy Show.

After Cookie Monster promised to eat 50 cookies for Wendy’s 50th birthday, she took a question from Crystal for Ask Wendy. Crystal has been married for six months, and her husband recently took a trip to South Beach by himself. 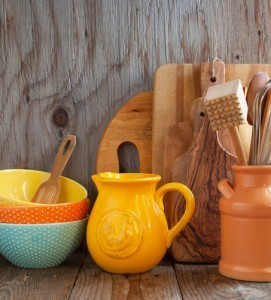 During the three-day trip, she noticed he wasn’t wearing his wedding ring, and Wendy said she is right to be concerned. She should press for questions, especially since it’s so early in this marriage.

What did fans have to say on Facebook? Christina M. wondered why Chris Brown’s friends don’t look out for his best interests. Denise E. hoped that Brown would be able to focus on his talent. Ayesha W. thinks she would need a drink after getting out of jail, too.

Was Chris Brown drunk at the BET Awards? Wendy Williams shared that the embattled performer blamed his friends for peer pressuring him to celebrate.

Kelly Rowland’s pregnancy workout has garnered some criticism, but Wendy Williams got to the bottom of the situation. Taye Diggs has a new girlfriend.

The youthful Larenz Tate talked to Wendy Williams about his projects, including the BET identical twin movie Gun Hill and the promising new USA drama Rush.