Wendy Williams had a lot of celebrity news to catch up on during her June 30 show. Keep reading for her thoughts about The View cast, Chris Brown’s failed plea deal, Zendaya quitting the Aaliyah movie, and Shia LaBeouf’s bad behavior. Plus, Joe Manganiello talked with Wendy about the True Blood project he would love to do. 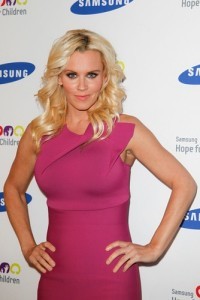 Audience member Angela wondered whether it was OK to be upset that one of her best friends skipped Angela’s 25th birthday because she wasn’t “up for it.” Wendy’s advice was not to be hard on her. There could be something going on with her that she hasn’t been able to share yet. Instead, Wendy suggested having a one on one conversation and maybe doing something together to celebrate after the fact.

Jenny McCarthy and Sherri Shepherd are both leaving The View, and Wendy Williams had plenty to say about this development, as well as potential new hosts.

Actress Zendaya has pulled out of the Lifetime movie about the life of singer Aaliyah. Wendy Williams blamed people for being too critical of the project.

Troubled star Lindsay Lohan is set for a London production of David Mamet’s Speed-the-Plow, but Wendy Williams predicted that she would prove unreliable.

Wendy Williams said that Chris Brown should have taken a plea deal to put this alleged assault incident behind him, but Ereka Vetrini wasn’t so sure.

Joe Manganiello talked to Wendy Williams about fan art, acting success, and the end of True Blood‘s run on HBO. His new documentary La Bare is in theaters.