It’s Reality Star Week on Wendy Williams, and her guest for Tuesday’s show is NeNe Leakes, who has made quite a name for herself. Plus, you may have heard the music of singer Miguel, and now you can see him performing on Wendy’s August 27 show, so be sure to tune in for that! 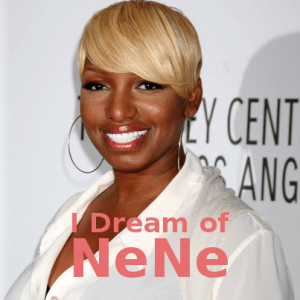 Reality star NeNe Leakes made the jump to sitcoms, but now she is back to reality with her wedding-themed “I Dream of NeNe.” See her on Wendy August 27. (Helga Esteb / Shutterstock.com)

Is NeNe saying goodbye to the franchise that gave her such a high profile? Wendy is asking the tough questions reality fans want answers to. Find out what NeNe has to say for herself in a candid chat with Wendy Williams August 27.

This past year, you might have also seen NeNe in the NBC sitcom The New Normal, but you won’t find her on the sitcom again in the fall. It was canceled after just one season on the air.

But don’t count NeNe out. She is bound to pop up somewhere, and you might even be seeing her on Glee again. She also did something unique this summer: she got remarried to her ex-husband, Gregg Leakes.

In fact, their reunion was captured for the cameras, so you can look forward to their upcoming nuptials in the Bravo spinoff I Dream of NeNe: The Wedding. If I were cynical, I would suggest that her divorce was a publicity stunt, but I can’t say how things played out for fans of her on Real Housewives.

Miguel is back on the music scene with the new album Kaleidoscope Dream, which dropped in September 2012. It may seem like a long time ago now, but the year has probably been a whirlwind for the singer, whose previous album came out in 2010.

It has seemed to get a great response, from critics and fans alike. It doesn’t hurt to turn on the charm when you are in the music business, and that’s exactly what Miguel can do, so Wendy Show viewers are in for a treat with his August 27 performance.

If you haven’t heard “Adorn” yet or you can’t get enough of it, this is your chance!