On The Wendy Williams Show May 31 2013, hip-hop artist and songwriter Eve is coming on the show to promote the release of her first album in 11 years, Lip Lock. Then, Life & Style’s Jordi Lippe will be coming in to share some of the week’s hottest gossip and topics. Here’s what’s going on Friday. 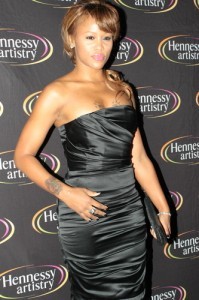 Eve is back with her new album Lip Lock, her first in 11 years. (Dylan Armajani / Shutterstock.com)

Eve’s appearance on Wendy Williams is not just any other appearance: she will be both making her first appearance on the show and talking about her return to hip hop after over a decade with her new album, Lip Lock. She’s won Grammys in the past, so what kept her away from music all of this time?

Wendy Williams: The Return Of Eve

Eve has pretty much been absent from the face of the Earth for the last decade or so, so it is safe to assume that Wendy is going to have a few questions concerning her whereabouts during all of this time. There has been some well-published feuds between her and Nicki Minaj, the Young Money diva who has been blowing up the urban and pop music charts for the last few years. Maybe that beef had something to do with the Queen Bee’s return to hip hop? After 11 years, it must have been something major that brought her back.

There is really no way to call what Jordi Lippe may be talking about on the show. With the landscape of pop culture in flux like  a soundwave equalizer at a techno concert, what’s news today is yesterday’s news…today. It looks like this one will be a waiting game.