The Voice: The Swon Brothers

This season we’ve seen a lot of duos. Day three of blind auditions brought us The Swon Brothers. Colton and Zack started out playing in a Southern gospel group with their parents. They fell in love with performing. Their family took a trip to Disney and on the way through they stopped in Nashville. Colton and Zack went to every record label in Nashville looking to be signed. While all of the labels passed on The Swon Brothers then, the judges were more open to the duo.

The Swon Brothers performed “American Girl.” Shakira, Blake and Usher battled it out for the duo. Blake already has a duo, but he played the Oklahoma card to get the Swon Brothers on his team. Usher really wanted to steal a country act from Blake. Shakira thought the men could get a fresh perspective from being on her team. The Swon Brothers joined Team Blake. 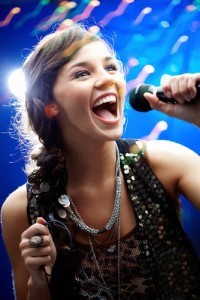 Taylor Beckham really impressed the judges, but I thought she was just so-so. What do you think?

Teen R&B singer Taylor Beckham didn’t always dream of singing. From age six to 12, Taylor was training to be an Olympic gymnast. She decided that it wasn’t for her, but took her discipline from gymnastics to singing.

Taylor sang “I’m Going Down.” Usher and Shakira both turned for her. Usually, Usher sits in his judge’s chair with one leg up, acting all cool and calm. He immediately sat up straight for Taylor’s voice. He loved her passion and dedication, while I think he’s just looking for the next Bieber. Shakira told Taylor she had insight to starting out young in the music business that would benefit her. Taylor chose to go with Team Usher.

I’m personally not impressed with Taylor Beckham. Her voice was just average as far as the other people in the competition.

Speaking of people who deserve a spot in this competition, Sam Alves. Sam believes that everything happens for a reason. When he was just weeks old, Sam was left in a box on his parent’s doorstep in Brazil. They adopted him and moved to the U.S. when he was four. Down the line, Sam’s parents got divorced and his dad moved away. He said he wants to win The Voice to provide for his mother.

Sam sang “Feeling Good.” I really love his voice. It’s unique and like drinking hot chocolate. Warm and sweet. Unfortunately, I’m not a judge on The Voice. I still can’t believe that no one turned for Sam. He said he wasn’t disappointed because everything happens for a reason. I believe Sam has the potential to be great, he just needs a coach to shape him.