Home > The View > The View Recaps
When you buy through our links, we may earn an affiliate commission. As an Amazon Associate we earn from qualifying purchases. Learn more.

On The View May 27 2013, Arseino Hall talked about his return to late-night television, Roger Daltrey of English rock band The Who told us about his Who Cares Charity, and Jackie Hance, who tragically lost all of her children to a car accident in 2009, came in to talk about her troubles and her new book, I’ll See You Again.

The View: Arsenio Hall Comes Back To Late-Night Television 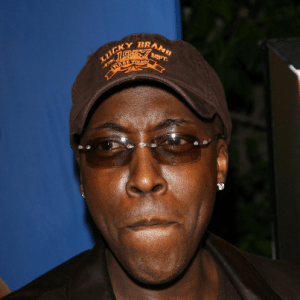 Arsenio Hall talked about his return to late night later this year.

Arseino Hall, after nearly 20 years, said that he is making his return to late-night television with his own show debuting this fall. He said that he left the late-night business because he wanted to raise his son so that he could give him the attention that he never got as a child.

The View: Arsenio Hall Is Making A Return To Late Night Television

The View: Roger Daltrey On The Who, Britain Tour, & Who Cares Charity

Roger Daltrey, one of the founding members of British rock band, came on the show today to talk about the origins of the band’s guitar smashing, his crowd-moving dance moves, and their upcoming tour in Britain. To cap it off, he talked about his charity, Who Cares.

The View: Roger Daltrey On The Who, Britain Tour, & Who Cares Charity

Jackie Hance, who lost all three of her young girls in a car accident at the hands of her sister-in-law in 2009, spoke about the emotions she was feeling following the tragic accident, the anger she felt towards her husband, and the book she wrote chronicling her experiences after the crash, I’ll See You Again.