Home > The View > The View Product Reviews
When you buy through our links, we may earn an affiliate commission. As an Amazon Associate we earn from qualifying purchases. Learn more.

Bill Maher came by The View to discuss some of the biggest topics in the news with the ladies. Sherri asked him what he thought about teachers being trained in carrying firearms. Bill Maher said he was for repealing the Second Amendment, which received a smattering of applause. He said until we stop being the “gun country,” it’s not the worst idea. He said it’d be good to have a special marshal to carry weapon. He also said that if he was at the movies and someone started shooting up everything, he wouldn’t be thinking, “Oh, I hope no one else here has a gun.”

Bill Maher: Is Hillary Clinton Going To Run For President? 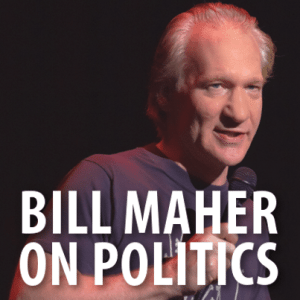 The View hosts talked to Bill Maher about his Flip a District campaign and whether Hillary Clinton would run for president. (Randy Miramontez / Shutterstock.com)

Bill Maher recently slammed Liam Neeson for supporting horse carriages in New York City in a new PETA video. Bill Maher said Liam Neeson was entitled to his opinion. “But I have a very special set of skills. I have empathy,” he said.

Sherri Shepherd said the opinion was very unpopular because people in New York love those carriage rides, the horses are being taken care of, and that Bill Maher doesn’t live in New York. Bill Maher said something that was bleeped out.

He wondered if one of the horses was Mr. Ed and could talk about how well it was being treated. Whoopi Goldberg wondered if he had issues with the Amish for using horses as beasts of burden. He joked he had other issues with the Amish. Whoopi suggested that she and Bill go visit the stables where they keep the horses in New York City. He responded by saying that he hoped someday people treat horses the way they’d treat other people.

Bill Maher is currently doing something on his show Real Time With Bill Maher where he’s encouraging people to help flip a district by getting rid of a bad Congressperson. He’s made a bracket of 16 different bad Congressman and people are going to vote to find the worst one. He said that Congress’s approval rating is usually under 10 percent and somehow over 90 percent of incumbents are returned to office.

Bill Maher said he thought President Barack Obama was doing a great job. He said that Obama has had to deal with things no other president has ever had to deal with. “I know the Tea Party hates hearing that, but, you know, they’re racist, because 99.999 percent of them are white and the president who drives them insane is black. It’s just a coincidence,” he said. That last part was said very sarcastically.

Bill Maher said he thought the Republican Party had lost touch with women voters because they’re against gay marriage, birth control, and prenatal testing, which are issues that are important to women. He also mentioned that Congressman always give “scientific” reasoning behind their thoughts on reproductive rights, referring to several controversies, including when Representative Todd Akin used an unfortunate phrase.

Jenny McCarthy wondered if there was any topic off limits for Bill Maher. Bill Maher shook her hand and introduced himself, wondering if she hadn’t met him yet.