The View has a great episode June 18, 2014, with CNN contributor Will Cain and Dancing With The Stars finalist Candace Cameron Bure as guest co-hosts, music legend Mary J. Blige performing, and Kevin Hart, Regina Hall, Meagan Good, and Jerry Ferrara stopping by to discuss their new movie Think Like A Man Too. Plus, Sherri and Jenny dissect the latest pop culture news. 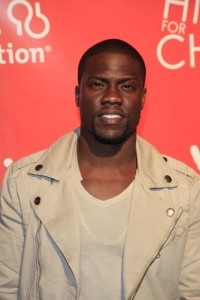 Kevin Hart, as well as costars Regina Hall, Jerry Ferrara, and Meagan Good, will come by The View to talk about his new movie Think Like A Man Too. (Helga Esteb / Shutterstock.com)

The View: Will Cain CNN Contributor

Will Cain has been a great co-host on The View in the past. He provides a nice counterweight to the ladies on the panel and he also asks good questions to enhance discussion. It’ll be interesting to see him join the panel once again.

The View: Candace Cameron Bure Dancing With The Stars

Dancing With The Stars finalist Candace Cameron Bure was also a guest co-host recently on The View and she held her own pretty well, too. I think she provides a nice perspective on the current events and it’ll be great to see her on the show again.

Music legend Mary J. Blige has led a heck of a career. Now, she’s coming by The View to promote her appearance on Michael Jackson’s upcoming posthumous album Xscape, which she appears on. I wonder what sort of song she’ll play on the show. Will it have Michael Jackson vocals on it?

The View: Kevin Hart Think Like A Man Too

Kevin Hart, Regina Hall, Meagan Good, and Jerry Ferrara will come by The View June 18, 2014 to talk about their new movie Think Like A Man Too. I don’t know if you caught the first one, but it was one of the funniest movies to come out that year. Kevin Hart is a comedy genius and he works very hard at what he does and the rest of the cast of the movie is hilarious as well. I can’t wait to hear what they have to say about their new movie.