The View has a great episode June 20, 2014, with guest co-hosts Bill Rancic and Ross Mathews returning to the show, Eric Dane coming by to talk about his new show The Last Ship, and a Georgia woman who forgave her husband’s killer will be featured. Plus, great new summer products. 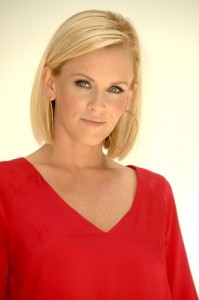 Jenny McCarthy and the rest of the ladies of The View will welcome stars like Eric Dane and Ross Matthews to their show June 20, 2014. (s_bukley / Shutterstock.com)

Bill Rancis from the reality series Giuliana and Bill will come by The View to guest co-host. He was a great co-host June 19, 2014, offering his opinions on things and giving a strong business-centered perspective. He was a good counterweight to Whoopi, which surprised me. Both of them were logical and practical thinkers, which kept their argument purely rooted in fact. It was fun to watch.

Ross Mathews from the E! show Hello, Ross will also come by as a guest co-host on The View, continuing his guest co-host tenure from June 19, 2014. He wasn’t as successful a host as I was hoping. He seemed pretty frazzled by all the arguing. Still, I’m sure he’ll do a great job June 20, 2014, especially if they stick to more pop culture related topics.

Eric Dane is probably best known as Dr. McSteamy on Grey’s Anatomy, and now he’s starring in the new drama The Last Ship. The Last Ship is based on a popular novel about a navy ship that searches for a new home after a nuclear war breaks out and apparently wipes out much of the Earth. The new show replaces the nuclear war with a devastating plague. While I’m kind of disappointed with that, since it seems less interesting, the new show does look good. We’ll have to see what Eric Dane has to say about the show June 20, 2014!

It’s going to be a heartbreaking story. A Georgia woman who forgave her husband’s killer will come on The View to talk about her tragic story and how she found the strength to forgive.