The View has a great episode July 2, 2014, with guest co-host Abby Huntsman of MSNBC coming by, Chris O’Donnell talking about his show NCIS: Los Angeles, musical guest Robin Thicke, and dermatologist Dr. Doris Day stopping in to tell us some great health facts. Check it out below! 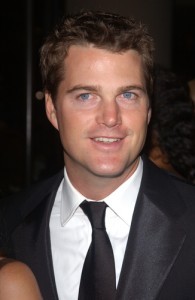 Chris O’Donnell will be by The View July 2, 2014 to talk about his show NCIS: Los Angeles. (Featureflash / Shutterstock.com)

But Alex Huntsman is pretty great, too! She’s been a guest co-host before, and with The View scrambling to find people to fill the panel next season, is she in consideration? I have no idea, but it’s possible. Either way, let’s see how she does July 2, 2014!

Chris O’Donnell will also be coming by the show to talk about his show NCIS: Los Angeles. I don’t know about you, but I can’t ever separate Chris O’Donnell from playing Robin in Batman Forever and Batman & Robin. Unlike a lot of people of my generation, I thought he was really cool as Robin. Robin’s always been one of my favorite characters.

Robin Thicke has been enjoying something of a weird backlash lately. Apparently, he’s going through a divorce from wife Paula Patton and he wants everyone to know he’s really sorry for whatever he’s done. The latest controversy was his emotional plea to Paula at the BET awards, but he just might have another one on The View. We’ll have to tune in to check it out!

Dermatologist Dr. Doris Day is an expert in the field and she’s appeared on a number of programs, despite her unfortunate name of Doris Day. There’s only one Doris Day. I feel like if you’re going to be famous and you already have a Hollywood icon’s name, you should be forced to change it. Nevertheless, Dr. Doris Day will be delivering a health segment on the show July 2, 2014.