Whoopi’s daughter will co-host, the cast of Roots reunites and Amy Webb will share online dating advice on The View February 4 2013.

It’s bring your daughter to work day! Whoopi Goldberg’s daughter, Alex Martin, will step in for a special co-hosting day on The View. Martin is an actress and producer. Fun fact: Martin was Miss Golden Globe at the 1994 Golden Globe Awards. 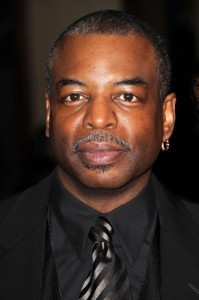 LeVar Burton and his Roots cast will have a reunion on The View February 4 2013. (s_bukley / Shutterstock.com)

LeVar Burton, Louis Gossett Jr. and Leslie Uggams will have an exclusive Roots reunion. The television miniseries made history in 1977. Based on the book by Alex Haley, Roots is the story of Kuna Kinte’s (Burton) life in slavery and his descendants. Gossett Jr. played Fiddler, the older slave that taught Kinte English. Uggams was Kinte’s daughter, Kizzy. Roots covers 120 years of the generations that come from Kinte.

The series won many Emmys and a Golden Globe for Best TV Series. Gossett Jr. earned an Emmy for Best Actor in a Drama or Comedy Series, Single Appearance.

Author and online media guru Amy Webb was lost and out of love in the online dating world. She had tried unsuccessfully for a long time before realizing that she needed to change her profile to attract the kind of man she wanted to be with. Webb created 10 male profiles and watched the kind of women that would like this man. She took her notes and realized that she needed a change. After applying her observations it only took a month for her to find her future husband.

Webb wrote Data: A Love Story to help other women in her position. She said that you need to have a bright and optimistic profile and a few really good profile pictures. She will bring more tips and tricks about vamping up your online dating profile on The View February 4 2013.