The View: Josh Groban “I Believe” Performance & All That Echoes Album

Lara Spencer of Good Morning America will be on The View May 9 2013 to play co-host, while Nathan Lane of Broadway’s The Nance, Niecy Nash, author of It’s Hard To Fight Naked and musical performer Josh Groban will all come as guests to the show. 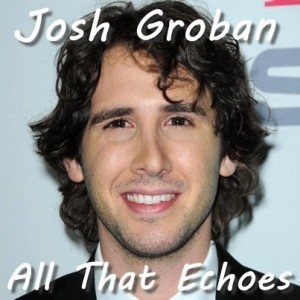 Josh Groban will be performing on May 9 2013. (image credit: s_bukley / Shutterstock.com)

Nathan Lane As Timon In The Lion King

In case you forgot about Timon from Disney’s classic The Lion King, I’m here to remind you that Nathan Lane is responsible for giving voice to that incredible character. Since that seminal 1994 performance, Nathan has done a lot more work on camera and on stage, with less being done in the voice recording booth. I can’t help but wonder if his voice always sounds like Timon’s. I’ve never actually even seen any other movies the guy’s been in, so I can’t see his face without hearing his nasally performance of “Hakuna Matata.”

She is probably most well-known for her part playing Raineesha Williams on Comedy Central’s Reno 911!, and Niecy Nash has now entered the ring as a writer with her new book It’s Hard To Fight Naked. What that title is referring to is anyone’s guess, but rest assured it won’t be boring listening to her talk about it or what exactly inspired the book and its title.

Muti-lingual singer/songwriter Josh Groban will be performing on the show tomorrow as well. With the release of his newest album, All That Echoes, back in February, it would make sense for him to perform something off of there. He’s actually been around for quite awhile, with his career starting back in 2001. Though his first album didn’t exactly make waves, Josh Groban struck it big with his sophomore effort, Closer, which has been certified five times platinum since its release back in 2003. I wonder how he’ll stack up against 98 Degrees?